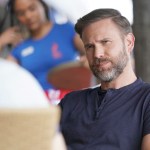 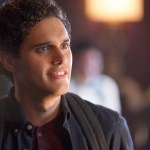 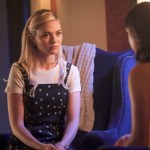 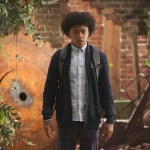 Hope finally woke up at the end of the ‘Legacies’ season 3 premiere, thanks to a kiss from Landon. HL spoke EXCLUSIVELY with Danielle Rose Russell about season 3’s ‘darker’ turn and focus on Handon.

Legacies returned for season 3 on Jan. 21, and things are about to get so much more complicated for Hope and the crew. Hope woke up from her supernatural coma, but there will be “consequences” as a result, according to Danielle Rose Russell. Hope and Landon also seem to be solid, but their relationship will face its biggest challenges yet.

HollywoodLife got EXCLUSIVE scoop from Danielle about what to expect throughout season 3. She noted that Hope and Landon’s relationship is a central focus this season and new “outside forces” will threaten to tear them apart. Danielle also teased the highly-anticipated musical episode and weighed in on the passionate Legacies fandoms.

Thankfully, Hope is awake by the end of the first episode. I feel like when it comes to Legacies, nothing is ever as easy as it looks. Will there be any sort of after-effects of Hope waking up?
Danielle Rose Russell: I think that while Hope is in the supernatural coma, everyone sort of suspects that the Necromancer is behind this. So obviously, people are kind of frantic and really worried about her because no one knows why she hasn’t woken up. When she does wake up, you’ll see the reasons why. Obviously, she was in this supernatural, comatose state. I wish I could tell you more, but I can’t without giving it away. There will definitely be some consequences.

Landon woke her up with what I would liken to a true love’s kiss. It seems like they are in a very, very good place, which makes me think there’s only going to be chaos very soon to follow. What can you say about their relationship and how it evolves this season?
Danielle Rose Russell: I think this season is actually very Hope and Landon centered and kind of focuses on their relationship. Obviously, we picked them up in a great spot at the beginning of the season, but if we stayed in that same spot, we’d have nowhere to go. But I do think that we’re going to see a lot of these outside forces try and rip Hope and Landon apart from one another and seeing them fight for each other, but we don’t know how long that can last. I think it’s something to consider that Hope and Landon are completely opposite supernatural creatures to each other. Landon is the son of Malivore, which is super toxic to Hope and vice versa. I think that’s something that’s also explored in the season, which I’m very happy about because I think it adds a whole new layer to their relationship.

With Landon and the situation with him last year, everyone thought he was dead. I can only assume that there will be consequences to what’s happened to him as well and not just Hope.
Danielle Rose Russell: Yes, 100 percent. This season explores a lot of Landon and a lot of his whole familial dynamic and who he is, and I think that once he was killed last year, he definitely is going to be changed this season. He goes through a stronger character arc than we’ve ever seen him before. It’s really interesting, and I’m looking forward to bringing a new, somewhat darker twist to these characters, which I think you’ll see this year definitely.

At the end of the episode, we got that last second twist that Legacies is always really good for with Alyssa and the Necromancer seemingly teaming up possibly once again. We’ve obviously seen Hope have her issues with both of them. Now that she’s awake and whatnot, what kind of annoyances will these two cause her this season?
Danielle Rose Russell: I mean, granted, the Necromancer’s deal with Alaric last year is kind of what caused Landon to die last year. So I think that Hope is definitely extremely angry. We do see some more interaction between the Necromancer and Hope, which I really wanted to explore more of. Ben [Geurens], who plays the Necromancer is a very, very talented actor and wonderful to work with. But getting back to Hope, she always tries to save the day, so I don’t think that changes much, especially when it comes to Landon. Now we’re sort of a third of the way into the season with filming, I’ve never really played this side of Hope before where she is trying to save the day, but it is in a much darker, more obsessive way because there’s a lot of desperation to save Landon and to deal with all of these said outside forces that are trying to rip them apart.

Obviously, a lot changed in the past year, but I know that Julie [Plec] had teased a musical episode. Is that still going to happen?
Danielle Rose Russell: Yes, we actually filmed it. I’ve already seen it. It is one of my absolute favorite episodes we’ve ever done. Thomas Brandon, who’s such a talented writer, wrote it and did all the music for it in collaboration with other people, of course. It is really such a fun episode. It focuses a lot more on the school, which are usually some of my favorite episodes. It’s a lot more grounded. It’s such a joy to watch. I think everyone’s going to love it.

Last season ended with Hope really going to great lengths to save Josie. Where does their relationship go in this third season? How does it evolve from what they experienced, especially with Dark Josie last season?
Danielle Rose Russell: I think you guys saw Josie take a step back from her magic and all that kind of stuff after she went very dark. I think that her separating herself is more her character arc for this year I think. But as far as Hope is concerned and her friends and the people around her, I really do have to say that the season feels so much more focused on Hope and Landon. I think that might create some tension or distance between her and her friends. So I don’t know. I haven’t gotten that far yet in the scripts, but we’ll find out together.

With Legacies, the fandoms are amazing, no matter who you’re looking at. There are fandoms for Hope and Landon, as well as Hope and Josie. What’s that been like for you to be in the middle of these two very passionate groups?
Danielle Rose Russell: Passionate is definitely the word I’d use. For me, it’s wonderful to see people really so involved in these characters and really have a lot of hope for, no pun intended, Hope being a female protagonist and being able to explore different parts of her sexuality. All I can say is that I have no control over what happens, but I am completely open to exploring Hope with other people, whether that’s with Josie or other characters in the future. Whenever it makes sense for the story. But again, that’s up to the writers. But it really is so fun, and it makes it all kind of worth it to see these fans so passionate about our characters.

Legacies is known for its monsters of the week. What can you say about the future foes this season?
Danielle Rose Russell: I think that this season does focus a bit on Malivore more so than the various monsters. I think that we’re finally kind of reaching a point in the show and in the story of where do we go from here? Considering we’re kind of pretty advanced in the show at this point. I think that the show focuses a lot more on Malivore than specific monsters. That’s not to say that there won’t be monsters this year, but I do think that we’re going to see that Malivore storyline come to its peak, if you will. I think that it has a really interesting effect on Hope and Landon and on all of these characters.