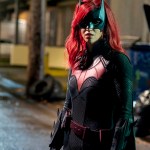 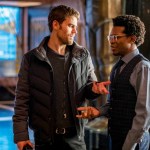 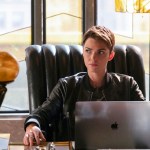 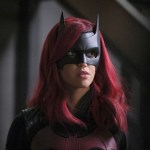 In the wake of Ruby Rose leaving ‘Batwoman,’ Kate Kane had to be written out of the show. Javicia Leslie took over for Kate Kane as Batwoman in the season 2 premiere, so what happened to Kate? Spoilers ahead!

Since Ruby Rose announced she was leaving Batwoman, everyone was wondering what was going to happen to Kate Kane in season 2. After all, Kate is the main character and the one wearing the batsuit. In the season 2 premiere, Ryan (Javicia Leslie) is sleeping in her car when she witnesses a plane crash right before her eyes.

She searches through the wreckage and stumbles upon Kate’s batsuit. However, Kate’s body is nowhere to be found. Luke and Mary are desperately trying to find Kate. Bruce, who is actually Tommy Elliott, shows up and acts like he’s there to help.

Luke explains that Kate went to National City to ask Kara Danvers to destroy one piece of kryptonite before it got into the wrong hands. Bruce (as Tommy) doesn’t hesitate to get his hands on that kryptonite.

Ryan takes Kate’s suit and puts it on. It fits her perfectly. “Time to be powerful,” she says to herself. She gets right to work taking down bad guys. Luke and Mary locate Ryan and ask her to hand over the batsuit. She doesn’t want to give it back. She wants justice for her mother. Once she finds her mother’s killer and they’re brought to justice, she’ll hand over the suit. Mary does some research and discovers Ryan’s mother was killed by Alice’s gang members. Ryan’s going after Alice.

Julia tells Luke and Mary that something is up with Bruce. Luke doesn’t want to believe it, but Julia says this Bruce is actually Tommy Elliott. Luke realizes that he showed Tommy the bat cave and knows what Tommy is going to do. Tommy’s going after the suit so he can be Batman.

Jacob confronts Alice about Kate. “I will not stop looking until she’s found,” Jacob says. Alice tells Jacob that Kate is Batwoman, and the reveal leaves him stunned. “You got your wish, daddy. Batwoman is dead. And she died knowing her father hated her,” Alice seethes.

Luke and Mary warn Ryan that Tommy is coming after her for the batsuit. Ryan and Tommy get into a car chase, and he shoots her when they start fighting. She fights back and punches him until he’s unconscious and Tommy’s true face is revealed.

The divers still haven’t found Kate’s body yet. And we all know what that means. If a body is never found, are characters ever truly dead?

Ryan takes the batsuit back to Luke and Mary. They’re shocked the kryptonite Tommy shot her with didn’t kill her. But she’s still alive and standing. She gives the suit back because she doesn’t think she’s a hero. There’s a look on Mary’s face that says she doesn’t want Ryan to leave.

Kate left a letter in her safe for Sophie, and it’s definitely a goodbye letter. Luke turns on the bat signal, partially to mourn Kate but also to give hope to Ryan. Alice gets a message from Safiyah about Kate: “Consider us even.” The episode ends with Ryan’s gunshot wound bothering her. When she takes a look at the wound, it’s clear that the kryptonite is still inside of her.