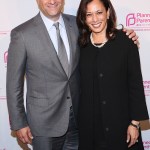 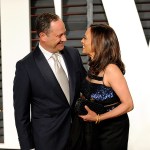 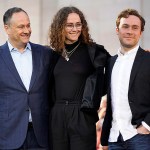 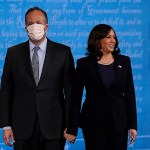 Vice President-elect Kamala Harris revealed she did some digging into her future husband Doug Emhoff before they met on a blind date in 2013.

Kamala Harris, 56, will soon be sworn in the country’s top office, making her husband Doug Emhoff, 56, the first-ever Second Gentleman. The couple’s fairytale romance began when they met on a blind date in 2013, and Kamala confessed to “googling” her future husband ahead of time. “I did!” she revealed during a new interview with Jane Pauley of CBS News’ Sunday Morning. Her husband, who joined her for the interview, chimed in, “Oh. This is a reveal!”

Kamala continued, “So, yes, my best friend set us up on a blind date. And she said, ‘Just trust me. Just trust me.’ You know, she wanted me to just kind of go into it, and she said, ‘Don’t Google him.’ [But] I did!” Doug revealed he decided to text Kamala, who was then California’s Attorney General, while he was at a Lakers game. The prominent entertainment lawyer revealed he then called her the following morning. “I left this ridiculous voicemail, which she has saved and plays back to me on our anniversary every year,” he said. “I thought I’d never hear from her again, but …”

His wife then sweetly chimed in, “But it was just, it was adorable. And it was just, I mean, the thing about Doug is that he is exactly who he is. He’s just fully authentic and clear about the things he cares about. And it’s family, it’s his work …” Adorably, Doug also said, “You,” to his wife with a smile.

She also opened up about the horrific January 6 riots in Washington DC, during which she was taken to a secure location. “I was at the Capitol that morning and I was in a meeting and I was told that I should leave and I was taken to a secure location with my husband,” she said. “We watched in horror. It was seismic, it was an inflection moment. It was a reckoning, it was exposure of the vulnerability of our democracy.”  President-elect Joe Biden and Kamala are set to be inaugurated on Jan. 20.