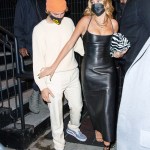 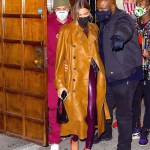 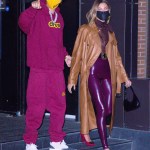 Now that it’s 2021, here is Justin Bieber and Hailey Baldwin’s ‘plan’ when it comes to children after they both voiced their desires to start a family in recent interviews.

Justin Bieber, 26, and Hailey Baldwin, 23, have both confirmed they want children, but they’re not kick-starting these plans anytime soon. “Justin and Hailey‘s plan is to continue waiting on having a baby and starting a family,” a friend of the family’s EXCLUSIVELY told HollywoodLife. “They both want kids, but they have told friends they want to enjoy being married for at least a couple of years before starting a family.”
Justin and Hailey will celebrate their three-year wedding anniversary later this year in Sept. 2021, but “are in zero rush still,” our insider continues. “They know they’re both young and are still very much in the honeymoon stage, where they’re obsessed and deeply in love with one another and want to ride that out as long as possible. They know they have plenty of time on their side and don’t see a rush to do this in 2021.”
So, what is in store for Justin and Hailey’s 2021? “This year, they’ll probably do a lot of road trips together and spending time in Canada and LA,” our source reveals. “They’ve liked bouncing around and have really cherished this slowed down life together. Justin also wants to tour and perform again once it’s safe and Hailey‘s plan was to join as much as possible.” HollywoodLife learned that Justin was working on an “entire new project” with “all new collaborators,” according to a friend close to the pop star, in Aug. 2020.
Right before the new year came, Justin sat down with Ellen DeGeneres and gave an update on his and Hailey’s family plans. “I’m going to have as many [kids] as Hailey is wishing to push out,” the Canadian crooner said on the Dec. 1 episode of The Ellen DeGeneres Show. Being the respectable husband he is, the the “Changes” singer added, “I’d love to have myself a little tribe, but it’s her body, so whatever she wants to do,” and, “I think Hailey still has some things she wants to accomplish as a woman.” It just goes to show how amazing of a dad Justin will be — even if he and Hailey aren’t ready for kids of their own at the moment, Justin is a wonderful family man. He shared a photo with his baby nephew on Jan. 8, as you can see below!

Justin truly is respecting Hailey’s wishes, which she made known in a joint interview with her husband for Vogue Italia‘s October issue. “The strange thing is, I’ve always wanted to have children early,” the model told the magazine. “But now that I’m married, I feel less of an urge. I am an ambitious girl with many projects. It will happen, but not now.”