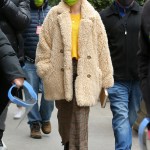 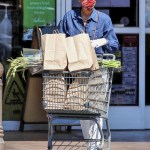 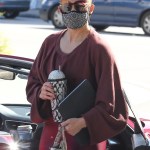 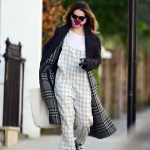 UPDATE, 12/26/20, 4:55pm ET: Kirk’s Growing Pains co-star Jeremy Miller was also critical of Kirk’s maskless caroling. “While I will always love my brother Kirk, I could not disagree more with his holding these maskless events at a time when safety and concern for others is an extreme priority,” Jeremy said via email to Page Six. “I truly couldn’t be more disappointed in him,” the 44-year-old added.

UPDATE, 12/24/20, 2:46pm ET: Kirk Cameron‘s sister, Fuller House star Candace Cameron Bure, took to Twitter on Christmas Eve to clear the air about her brother’s maskless caroling activities. While she didn’t defend Kirk’s dangerous actions, she made it clear that she opposed the backlash. “I did not attend any recent caroling events,” Candace tweeted on December 24. “Also, I choose to follow the greater guidelines by wearing a mask and social distance when I’m in public. However, I don’t appreciate the vile tweets about my family. I believe respectful dialogue is the key to being heard. Stay safe.” She ended her tweet with a Christmas tree emoji.

I did not attend any recent caroling events. Also, I choose to follow the greater guidelines by wearing a mask and social distance when I’m in public. However, I don’t appreciate the vile tweets about my family. I believe respectful dialogue is the key to being heard. Stay safe🎄

ORIGINAL: It was painful for many fans to watch Growing Pains star Kirk Cameron, 50, host a public caroling event with barely a mask in sight. Dressed in a Santa Claus suit with only a fake beard to cover his face, the actor led a reported crowd of about 100 attendees (per ABC7 KABC) as they sang Christmas carols in a parking lot at The Oaks Mall, a shopping center in Thousand Oaks, on Dec. 22. The maskless carolers gathered right by a COVID-19 testing site, which was another slap in the face for many fans.

Kirk Cameron hosted another caroling event at a mall in Thousand Oaks with dozens of maskless singers in violation of health protocols even as the property owner said the "irresponsible" event was unauthorized. Full story: https://t.co/MOb4URUFET pic.twitter.com/qOZXg8Xvcu

The event was labeled as a “peaceful protest,” but the property owner told ABC7 KABC that it was “irresponsible” and unauthorized. On the very same day the caroling event was held, Ventura County (where The Oaks Mall is located) reported that there are “737 new cases of COVID-19” and 326 hospitalizations due to the virus, with 67 of those being in the ICU. There have been 647,542 reported cases of COVID-19 in Los Angeles County overall, as of Dec. 23. The carolers gathered a day after California Governor Gavin Newsom revealed that Southern California’s stay-at-home order will probably be extended beyond its original Dec. 28 expiration date.

This was Kirk’s third time hosting a “Christmas Carolin Peaceful Protest” in December. Even Kirk’s on-screen sister from Growing Pains, Tracey Gold, publicly rebuked her former co-star. “Checking in with my dear brother Mike. @KirkCameron As your more intelligent sister I want you to know that I disapprove. I’m worried about you brother AND your family. Wear a mask. Stay home. Sing later,” the actress tweeted, who used to star alongside Kirk in the ’80s/early ’90s sitcom.

Checking in with my dear brother Mike. @KirkCameron As your more intelligent sister I want you to know that I disapprove. I’m worried about you brother AND your family. Wear a mask. Stay home. Sing later. ❤️ 😷

Fans were just as fed up. “#KirkCameron is an a–hole!,” one person tweeted, and another wrote, “This is so infuriating. We’re all trying to slow this virus here, and this idiot #KirkCameron goes out and has a mass caroling #SuperSpreaderEvent.” A third person wrote, “So as a cancer patient with a compromised immune system, I find what #KirkCameron did disgusting and troubling. Its events like this that put the public in danger, right now. This might be my last Christmas, but I’m willing to give up all the fun stuff to stay safe.”

Other celebrities chimed in, too. Grammy-winning singer Richard Marx tweeted, “I’d like to see Kirk Cameron and every other ignorant, selfish dipsh-t make a public vow that if they or anyone in their families get Covid, the only treatment they will seek is prayer and prayer alone.”

He is a gigantic asshole.

Alyssa Milano also joined the talk, who claimed that she went on a date with Kirk when they were both teenagers. “My very first date was with Kirk Cameron. I was 13. His mom picked me up at my parents house and dropped us off at Stanley’s in Sherman Oaks. He wore too much cologne,” the 48-year-old Charmed star tweeted in response to the controversy.

Kirk, meanwhile, has been busy updating his Instagram page with posts about his Christmas caroling “protests.” The Fireproof star reported that over 500 people attended his first caroling event at the beginning of December. “People had such a great time. It lifted our spirits…it is such an uplifting, inspirational and encouraging time,” Kirk said in the video above after his first protest.