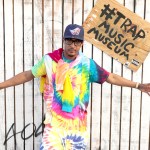 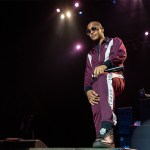 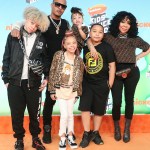 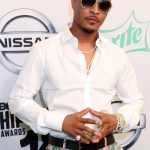 Young Thug didn’t hold back in a new interview with T.I., confessing he’s ‘never paid attention’ to Andre 3000 and couldn’t rap any of his songs.

Andre 3000 fans came to his defense after Young Thug‘s recent comments! The “Franchise” rapper recently blasted Outkast member on T.I.‘s Expeditiously podcast when asked why the pair have never worked together. “I can’t rap you two Andre 3000 songs. I ain’t never paid attention to him, never in my life,” Thug — née Jeffery Lamar Williams — said during the lengthy conversation.

Here’s the clip of Young Thug speaking on why he never worked with Andre: pic.twitter.com/WdhNceraNO

The admission was surprising given Andre’s slew of hits, including “Hey Ya!”, “Ms. Jackson” and “So Fresh, So Clean.” Both Andre and Young Thug also both hail from Atlanta, Georgia, which is known for its tight knit hip-hop community. Thug then flipped his comments to T.I. — an Atlanta native, as well — about why he considers Andre to be an “ally” in the music scene. “He’s who ally? Yeah f—– right. Why you don’t rap like him? You don’t talk like him, dress like him, look like him. You ain’t trying to portray none of that,” Young Thug noted.

Andre 3000 is a legend. Period. pic.twitter.com/nJcL00iEGG

The 29-year-old confessed that a collaboration with Andre — born André Lauren Benjamin — “would be crazy,” going on to reflect about his song with legend Elton John. “Elton John like to kiss a–, Andre like his a– kissed,” Thug said to T.I., confessing he was a fan of Elton’s music. The pair teamed up for 2018’s “High” off Thug’s On the Rvn album. “He’s just more of a fan type of n—–, to the point I’m like, ‘N—–, let’s do music!’ He’s like, ‘N—-, bet,’” Thug went on, shading Andre by noting that he would probably be sent to “his secretary.”

Andre’s fans quickly took to social media to defend the superstar after Thug’s comments. “Andre 3000 is a legend. Period,” one wrote, including a hilarious .GIF of Andre sipping tea. “Someone need to remind Young Thug what Outkast and by extension Andre 3000 did.
They put on for The South!! #TheSouthGotSomethingToSay,” another wrote, while a third simply posted “Andre 3000 >>>>>>>>>> Young Thug.”

Someone need to remind Young Thug what Outkast and by extension Andre 3000 did.
They put on for The South!!#TheSouthGotSomethingToSay pic.twitter.com/dtHHGfwOol

Andre has yet to respond to the latest comments, but he’s previously applauded Young Thug’s work on multiple occasions. “He’s exciting. There’s no box. He’s all over the place. To do those things he does, you have to have big f——- balls,” he said to Complex about Young Thug in 2017. “It’s almost harder than the guy who’s portraying hard, you know? It’s kind of mind-fucking people. It’s saying, ‘Don’t get too comfortable with me.’ That’s one of my mottos: Don’t let people get too comfortable with what you’re doing,” he added.

Back in 2016 at Phife Dawg’s funeral, Andre 3000 personally shouted out Young Thug when talking about the new generation of rappers changing the tide of music. Let this show that EGO is the death of men pic.twitter.com/PhNsOLSyuK

Andre also shouted out Thug during a speech at Phife Dawg’s funeral in 2016. “I knew that rap had changed. I knew that the tide had changed…when I see Wayne and Thug, I’m like, ‘Whoa. I can’t keep up with that s—. But it’s so dope,” he said. “It’s the connection. They’re them because of us. It has to keep going. All this old s—, young s— and old n—– hating on young n—–, that s— has to stop,” he also said on stage.