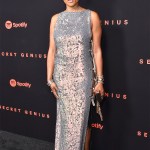 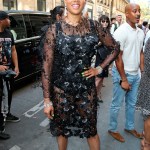 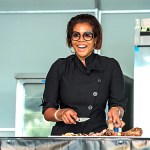 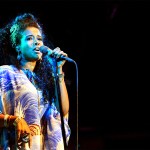 Kelis welcomed baby no. 3 back in September! The singer sweetly held ‘baby G’s hand in a photo shared to Instagram on Nov. 27.

Kelis, 41, opened up about being a “girl mom” in a sweet new post! The “Bossy” singer welcomed her third child (and first girl) back in September, sharing a glimpse of the 2-month-old. “It’s funny, I have been a boy mom for so long and I was completely content with super hero’s, weapons and war games,” she began her caption, referencing her son Knight, 11, with Nas and son Sheperd, 5, with husband Mike Mora.

“I would have been thrilled to have another baby boy. But now that she’s here, I looked down at her little hand on mine and I realized I had been preparing for her my whole life,” she added. Kelis sweetly held her little girl’s hand in the new post, shared to her Instagram on Friday, Nov. 27. The singer went on to reflect on how being a mom to a girl is different than raising two sons, wishing her followers a happy “Freedom Friday.”

“Having a girl is somehow totally different. And don’t get me wrong, we will still have super hero’s, weapons and war games with baby G too,” she explained, still not revealing her daughter’s full name (but hinting it starts with a G). “But we will do it wearing diamonds , rubies and pearls !!!!!! Happy freedom Friday guys !!!!” she concluded her uplifting message.

Kelis — née Kelis Rogers — confirmed she was expecting baby number three in August! “Chef Kelis — table for 5 please. We’re adding one more!” she joked in her Instagram post announcing the happy news. Kelis and Mike — who is a photographer and real estate agent — tied the knot back in 2014, welcoming son Sheperd the next year.

The Kaleidoscope singer later confirmed she gave birth via another post in September. “Hey, so I’ve been kind of MIA, very MIA, but for a really good reason cause I just had my baby!” she revealed in a lengthy video post, confirming she had welcomed the baby a “week” prior to the Sept. 11 post. “I’ve been doing a lot of thinking and I’m generally a really private person, with my personal life, but I wanted to kind of bring my fam in, bring you guys in, to sort of talk about all of these women’s things we go through that no one really tells us about…I had a girl by the way, so I’m very excited about that, it’s my first girl,” she added.