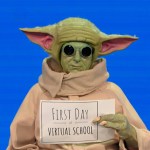 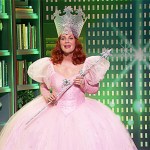 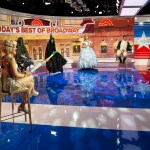 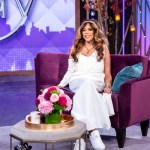 ‘Today’ was full of tricks and treats this year, with the co-hosts going full Broadway to celebrate Halloween 2020. From ‘Wicked’ to ‘Hamilton’ and beyond, their costumes were epic.

It wouldn’t be Halloween without seeing the costumes the gang at Today cooked up! Every year, the co-anchors get together and roll out an impressive group costume, usually all sticking to variations on a theme. Of course, 2020 looked a little different, just as it does for everyone. While the Today co-anchors are staying six feet apart — and stuck inside during a rainy NYC day — they still managed to kill it by paying homage to some of the most iconic Broadway characters of all time.

Savannah Guthrie and Hoda Kotb went with the ladies of Wicked. Savannah dressed as Elphaba, green grease paint, witch hat and all. Hoda, as Glinda, got all dolled up in a glittery ballgown and crown. Next up: Craig Melvin and Al Roker as Alexander Hamilton and King George, respectively, from Hamilton! Al was all in for this –even if his mic wasn’t turned on.

And all that jazz! @SheinelleJones and @DylanDreyerNBC are Velma Kelly and Roxie Hart from “Chicago.” #HalloweenTODAY 🎃 pic.twitter.com/7wtn9vRPbL

Jenna Bush Hager took things to a new level as Grizabella from Cats. She was truly dedicated to this costume, even crawling around on the studio floor. Her adorable children helped her “learn” how to be a cat, she revealed. Sheinelle Jones and Dylan Dreyer did an entire dance routine to “Nowadays” from Chicago, dressed in glitter to portray Velma Kelly and Roxy Hart. Wow! Amazing fact: these were all the original costumes from each of the Broadway productions.

In 2019, Today went FULL 1990s and 1980s to become some of the best dancers from TV and film. And yes, they danced their hearts out to prove it wasn’t just a display. Craig and Al kicked off the festivities by bringing Will Smith and Carlton Banks from Fresh Prince of Bel-Air to a new decade. Craig obviously did the famous Carlton dance — duh. Somehow, the costumes (and dance routines) got better. Peter Alexander channeled Kevin Bacon in Footloose with a burgundy tux and some high kicks, while Dylan did the truly awful Elaine dance from Seinfeld while dressed as the character.

We danced. We sang. We even got encouragement from Broadway stars! Take a look behind the scenes of our #HalloweenTODAY extravaganza. pic.twitter.com/csTg6qyCIx

Jenna even came back from maternity leave early to get in on the fun. She and Willie Geist played Baby and Johnny from Dirty Dancing to try out the iconic final lift. Sheinelle joined the Rhythm Nation as Janet Jackson from the iconic 1989 music video… the list goes on. Maybe the best of the best, though, was Hoda as John Travolta in Saturday Night Fever!