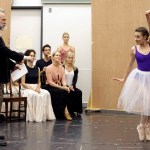 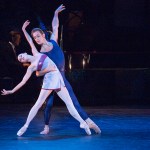 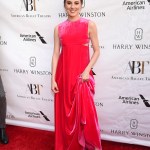 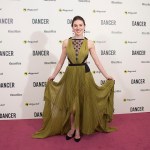 NYCB principal dancer Tiler Peck is dancing once more. She spoke to HL about how she safely curated a live performance during the pandemic.

When New York City Ballet principal dancer Tiler Peck returned to the stage for the first time in seven months, she described the overwhelming and “emotional” feeling of being in a theater again, despite the lack of audience. “It took my breath away,” she admitted to HollywoodLife.com in an EXCLUSIVE podcast interview. “Just the feeling of kind of the cold theater and then the lights being on you… I remember I just walked to the center of the stage and got a little emotional.” LISTEN TO THE FULL PODCAST HERE!

IT HAS ARRIVED 🤩 I am beyond excited to give you a first glimpse of A New Stage, with the official drop of our trailer today! I am thrilled to share these beautiful performances that you will be able to watch from the comfort of your home starting Oct 16 exclusively on @clistudios 😁 I was honored to share the stage with these immensely talented artists! Grab your popcorn and your family and join me for a new kind of evening at the ballet! Click the link in my bio to get your ticket to A New Stage with 3 amazing performances: Unusual Way with @officialsierraboggess and me, choreographed by @wheeldony Syncopated Ladies: Amplified with @syncladies, choreographed by @chloearnoldtaps Petrushka Reimagined with @brooklynmack5, @lilbuckdalegend, and me choreographed by @jenniferwebernyc 👏🏼👏🏼👏🏼👏🏼

Tiler’s return to the theater was something the decorated ballerina has been eagerly awaiting since the pandemic shuttered all stage doors back in March. As the dates for a return to normalcy continue to get pushed back, with Broadway announcing it won’t hold a performance until May 2021 at the earliest, Tiler decided to take matters into her own hands by curating a virtual performance in partnership with CLI Studios. “A New Stage,” which will be available to stream starting October 16, is a front-row seat to experience Tiler’s talents, along with other beautifully choreographed performances in a range of styles from ballet to hip-hop to tap, from the comfort of your home.

“When I started thinking about all of our theaters being dark, and our stages being empty, I thought, ‘Why are we not taking advantage of this?’ ‘What can I do so that we can create new art?'” Tiler explained. In collaboration with Teddy Forance, Allison Holker and Stephen “tWitch” Boss‘s CLI Studios, Tiler brought together the talents of dancer Charles “Lil Buck” Riley, Broadway star Sierra Boggess (“Phantom of the Opera”), Brooklyn Mack, and the Syncopated Ladies to curate a stunning display of new art made throughout this difficult time.

“I really just wanted to bring some art to people during this time, because I feel like that’s what people need more than anything. I feel like artists can be super healing to people,” Tiler continued. When it came to her selection of artists and their work, Tiler said she “wanted it to be a very diverse performance.” “I wanted there to be a range of artists from different styles and backgrounds, so we have ballet, hip-hop and tap. I wanted it to be very eye catching and like there was something for everyone,” she explained.

Along with Chloe Arnold, the leader of the fierce tap group, The Syncopated Ladies, Tiler encouraged the ladies to create a piece that symbolized their “boss chick” personas, while also acknowledging the ongoing systemic racism against the Black community. Similarly, she enlisted her first Sierra Boggess to bring the major loss the Broadway community, in particular, has felt during the pandemic. Lil Buck, Tiler added, “is amazing,” and can’t wait for viewers to see him do ballet in his sneakers!

“A New Stage” will be available to stream starting October 16, only on CLI Studios for $19.99. Buy a ticket at clistudios.com/anewstage. The performance was filmed at the historic La Mirada Theatre in La Mirada, CA, supporting our local Los Angeles stages.