Many familiar with the gospel of the Cheap Sunglasses will recall how, in 1979, ZZ Top bestowed the blessing in song, encouraging the devoted to “hit those streets a-running / and try to beat the masses / and go get yourself some cheap sunglasses.” For decades since, there hasn’t been a hymnal worthy of such inexpensive eyewear—until today. The creative tour de force known as John K has delivered the good word with his own song, “Cheap Sunglasses.” By turning the titular sunglasses into a clever metaphor for his love life – one that breaks or gets misplaced like a knockoff pair of Ray-bans — John K admits he can never invest something more expensive “because I can’t keep anything / can’t keep you.”

So, how did your new favorite song come about? “Writing ‘Cheap Sunglasses’ was the most fun I’ve ever had in a session,” John shares EXCLUSIVELY with HollywoodLife. “I can put myself right back in the moment we came up with the title. Someone in the room said they don’t buy expensive sunglasses because they always lose them, and someone else said, “could that be something?” so we ran with it. This is one of my favorite songs ever, and I’m so ready for my fans to hear it.”

John K has been making sure that his fans have had the best year possible despite what’s been going on in 2020. “Cheap Sunglasses” comes on the heels of his single, “Happiness.” The joyous bop earned him the title of “one of the breakout stars of 2020” by Idolator, and listeners clearly agree. Since its release in September, “Happiness” has racked up over 1.5 million streams, his fastest-growing hit yet. He started off the year with “if we never met,” a song with more than 250 million streams and a version featuring Kelsea Ballerini. 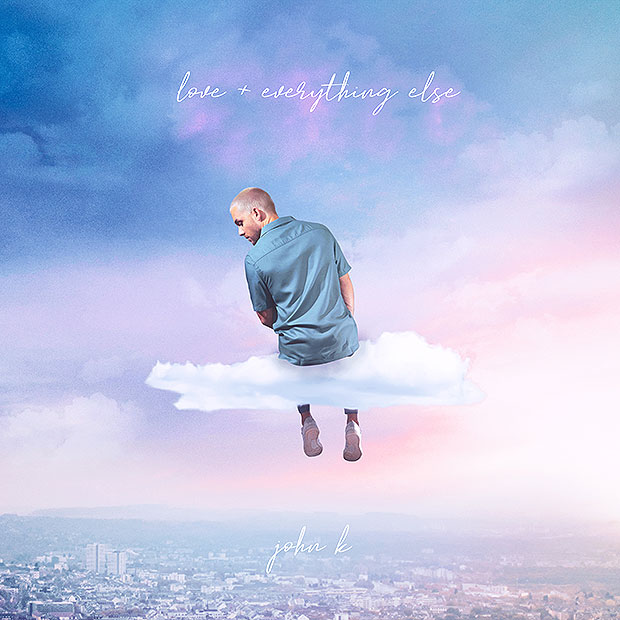 “[‘if we never met’] was birthed from the vulnerable place of having a conversation with another songwriter,” John K said when visiting HollywoodLife in January, “and I was basically telling our story up to this point. Without missing a beat, the songwriter, Steph Jones, was like, “I’m getting kind of an, ‘if we never met vibe.’ ” There we go. And then we were just off and running, and two hours later, the song was done. It was sick because it was very real, that’s the lyric. And then the concept was already there, and the lyrics just fell out.”

After “if we never met,” John K released “6 Months,” a song with nearly 25 million streams. Thankfully, it seems that fans won’t have to wait six months for new music from John K. His debut project,  love + everything else, will be out on Nov. 13. Fans can pre-order it now. Until it arrives, we all can just sit tight, lean back, pop on our favorite pair of cheap sunglasses, and chill.

“Cheap Sunglasses” is out today.