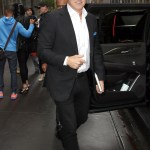 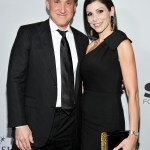 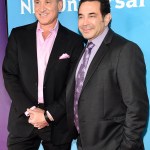 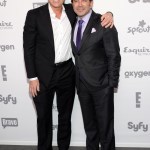 ‘Botched’ is taking a trip down memory lane! HL has an EXCLUSIVE preview featuring ‘Human Ken Doll’ Justin Jedlica, who reveals he will have undergone 1,000 cosmetics procedures by the end of the year.

Justin Jedlica, 40, also known as the “Human Ken Doll,” is a fan-favorite from the very first season of Botched. At the time, he’d already had a number of cosmetic procedures, including a nose job, tricep implants, forehead implants, and more. Dr. Paul Nassif and Dr. Terry Dubrow catch up with Justin in this EXCLUSIVE preview of the Sept. 28 special episode of Botched.

“Today, I’ve had about 950 cosmetics procedures, and I’m easily on my way to 1,000 within the year. That’s definitely a goal of mine,” Justin tells the Botched doctors. He’s not slowing down when it comes to plastic surgery whatsoever.

Justin reveals that he’s had buttock liposuction and had the fat transferred to his temples, and he’s also had buttock injections on the top. He also got a face-lift along with his mother. On top of that, Justin’s undergone full torso recontouring with injectables.

Justin explains that it’s supposed to improve the “overall tone, texture” of the penis. He says that it could potentially lead to some “girth enhancements.” Needless to say, that definitely had to hurt. Justin admits that he had “tons of like little abrasions all through the penis and the gland.”

When Justin first appeared on Botched, Dr. Nassif and Dr. Dubrow did not end up performing surgery on him. Justin thinks plastic surgery is an art, and he’s not stopping any time soon. Botched: Where Are They Now? will feature updates on some of the fan-favorite patients from past seasons. The episode will air at 9 p.m. on E!