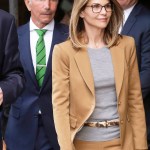 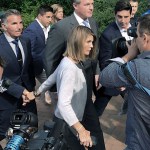 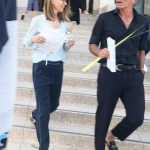 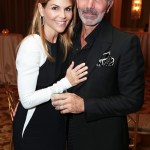 When Lori Loughlin reports to prison for her part in the nationwide college admissions scandal, she might be serving her time at a facility that offers such activities as calligraphy, spin class, or cross-fit.

Lori Loughlin has just a few weeks left until she faces the music. The 56-year-old actress must report to prison on Nov. 19 and begin a two-month sentence after pleading guilty to paying a $500k bribe so that her daughters could be admitted into the University of Southern California. Lori will serve her time at a medium-security federal correctional institution in Victorville, California, according to a report by Insider. However, a source close to the family tells HollywoodLife that where Lori stays has yet to be decided. That decision will be made by the state closer to the Nov. 19 date, per the source, and that her destination will be based on availability and — during this time of COVID — safety.

Supposedly, Lori requested that she serve her sentence at a facility near her home, per Insider. The Victorville prison is about two hours away from Los Angeles. The facility holds approximately 185 women and makes each one of them adhere to a strict, daily schedule.  Lights turn on every morning at 5:30 a.m., and beds must be made by 7:30 a.m. on weekdays. Inmates must wear a uniform consisting of “green pants, a green shirt, and safety shoes,” per Insider. The facility also has open dormitory cubicle housing, with two and four-person cubicles. Lori — if this is her destination — will be required to shower every day and make sure her hair is neatly groomed.

The facility reportedly offers several exercise classes like spinning, Pilates, and cross-training. Inmates can also take a course on nutrition, wellness, anatomy, or ceramics. Inmates are also eligible to take crafts like “calligraphy, beading, landscape painting, origami, and crocheting,” per Insider. If Lori – assuming she serves her time here — feels like picking up a musical instrument during her two-month stay, there are reportedly classes on the accordion, drums, ukulele, and guitar. Many inmates also work jobs, like food and trash services. Ultimately, lights are turned out at 9:30 p.m., and it all starts over again the following morning.

When inmates are not working, they’re allowed to call friends and family, but Insider reports that each prisoner is allotted only 300 phone minutes per month, and calls are limited to just 15 minutes each. The COVID-19 pandemic has suspended in-person visits. This means that, if Lori serves here, daughters Isabella and Olivia Jade Giannulli will not see their mother during this time. Nor can Lori call husband Mossimo Giannulli because he will be reportedly serving his five-month sentence at a low-security federal prison for men in Santa Barbara County.

After fighting the charges for over a year, Lori and Mossimo ended the legal battle in May 2020. Each pled guilty to one count of conspiracy to commit wire and mail fraud, with Moss also pleading guilty to honest services wire and mail fraud. Lori was also ordered to pay a $150,000 fine, have two years of supervised release, and serve 100 hours of community service. Her husband will have to pay $250,000, work 250 hours of community service, and have two years of supervised release.