Arden Myrin‘s memoir Little Miss Little Compton dives straight into her eccentric upbringing in the small town of Little Compton, Rhode Island and through her incredible career as an actress and comedienne. The Insatiable star and Bachelor Nation fanatic spoke on the HollywoodLife podcast about her book, which finally hits stands on September 29th!

At one point in the book, Arden opens up about her hilarious “stripping” obsession as a young girl, and how her mom eventually got her to stop. “It was not that kind of stripping that you would see now in the background of maybe a Sopranos episode. It was more so that we got three TV stations, one of which played all of these old movies in like the ’30s, ’40s and ’50s, and where we grew up it was a sea of women in corduroy and plaid, and I love that hardy New England thing, but that’s not me,” she explained. “I remember seeing these women that were almost like burlesque-like with feathers… or a showgirl that was working at the Rainbow Room in little hot pants and sequins, and I wanted to be like a 1940s show girl with the razzle dazzle!”

Arden explained that she would “sneak attack” her brother’s friends around the time she was five years old with a “strip tease.” “No one was interested,” she laughed. “They were nerdy sweeties who wanted to be playing with their like lightsabers, and I was just wiggling around in my underpants and it was so fun like, and there was no shame. Like it was not dark at all!”

While the boys weren’t interested, Arden said she was “unstoppable.” “Eventually, my mom was like, ‘You don’t see grandma stripping all the time!'” she said. “The thought of that, like seeing grandma stripping, and then also my mom knowing that I was the town deviant was enough. I was like, ‘I gotta put it away unless I’m asked for a strip.'” 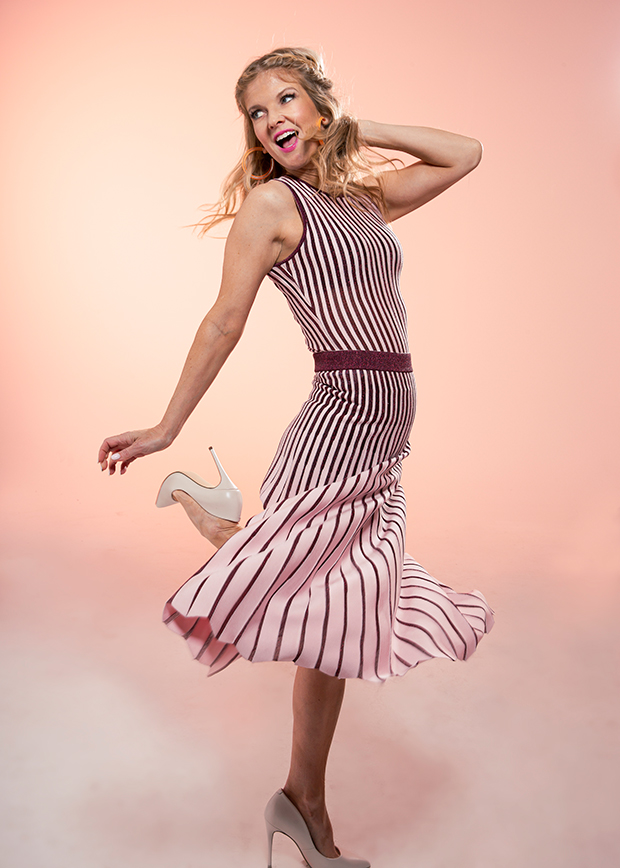 Arden also detailed her parent’s hysterical love story, which started as just a way to get out of work for a few weeks and her unprecedented upbringing. Listen to the full podcast on iTunes!