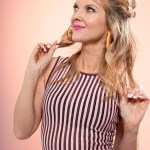 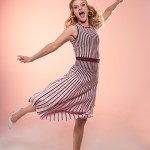 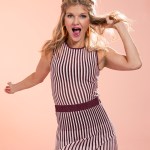 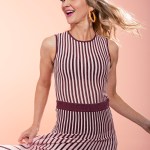 As fans continue to rave over season 2 of ‘Insatiable,’ Arden Myrin is dishing on the inspiration behind her wild character Regina!

Pageants can bring out the worst in people and we definitely see that in Arden Myrin‘s Insatiable character, Regina! The actress spoke on the HollywoodLife podcast about playing a villain, and even revealed that Reese Witherspoon‘s Tracy Flick helped her get into character! “I’ve never really gotten to play a villain before, which since I got this I’ve actually booked a few more villains, which is so exciting!” Arden gushed. “One thing I did was watch Election, with Reese Witherspoon’s character Tracy Flick, because I feel like you have to come from the point of view of your character and you’re trying really hard and nobody’s helping you and nobody gets it. So that it’s fun to come from a slightly skew point of view, but who just wants to win and think they’re right.”

The actress continued, “I love Laura Dern‘s characters and just people who are trying to get what they want and they feel persecuted themselves and don’t necessarily see that perhaps they’re doing damage along the way. It’s fun. With press on nails!” In season 2 of Insatiable, we get to see more of Regina, who is a self-centered, trash-talking single mother who forces her adopted daughter into the pageant world. She also accuses the pageant coach of “some bad things,” as Arden puts it. “Yes, I am horrible,” she laughed on the podcast.

However, behind the scenes, things are anything BUT horrible! “I often do dark comedies but I’ve never been on like a beautiful people show, too. And then it turns out that Debby Ryan is a weird character actor in a beautiful Disney girl’s body. Turns out she’s a complete delight!” the actress gushed over her co-star. “. May I just say a for any Debbie Ryan fans out there, this human is such a joy, she’s funny. She’s just this funny person in this stunning body, and I was like, well this is my new friend!”

While we anxiously await for an Insatiable season 3 announcement (which we’re pretty sure we’ll get any day now!), you can binge Insatiable season 2 on Netflix, now! And, be sure to listen to the full HollywoodLife podcast interview with Arden, here!