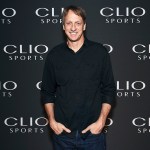 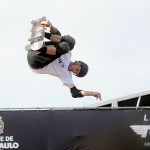 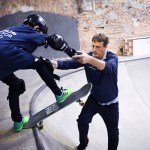 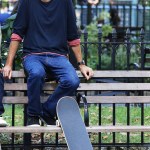 While dishing on his new ‘Got Milk’-inspired ‘MilkTwist’ trick, skateboarding legend Tony Hawk tells HL EXCLUSIVELY why he was relieved that the Tokyo 2020 games were pushed back a year.

March 24, 2020, marks a sad day for every Olympic athlete, for that was the day that the International Olympic Committee’s president Thomas Bach and Japan Prime Minister Shinzo Abe agreed to postpone the Tokyo 2020 Olympics by one year. It also delayed the official debut of skateboarding as an Olympic sport, a debut that was to be ushered in by Tony Hawk. As one of the most influential skateboarders of all time, Tony, while speaking EXCLUSIVELY with HollywoodLife, shares that he was booked to head over to Japan to do commentary and appearances on behalf of NBC and the Got Milk campaign. When the postponement was announced, Tony says he was “disappointed, obviously, because [there] was a lot of anticipation for this debut.”

“I could see the skaters preparing themselves mentally and physically for this,” he tells HollywoodLife “But when I heard it was postponed, I think I was more thankful just because I didn’t want to all happen in the midst of chaos. You know, even if they were doing it now and they were doing all of the sports individually, whatnot, it still wouldn’t have the same impact.”

Inspired by @katieledecky, I tried to do a bunch of basic tricks without spilling to little success. So I tried this as a joke... and it worked (yes, it’s real). Got McTwist? #gotmilkchallenge #gotmilk #ad

Tony work with “Got Milk?” during the 2020 Tokyo games would have followed what might be his most impressive – if not, his most calcium-fortified – trick yet. At the end of August, Tony debuted the “MilkTwist,” a take on the “McTwist.” After pouring himself a glass of milk, Tony took to the half-pipe and pulled off the 540-rotation, all without spilling a drop!

So, the big question everyone is asking: did Tony use Whole milk for the MilkTwist? Or was it 2% in that glass? “I think it was whole milk,” he tells HollywoodLife with a laugh. “I generally buy whole milk. Someone in my office bought that a gallon of it. So, I honestly, I was so fixed on the task at hand that I didn’t even look. It tastes like home milk at the end.”

“I was trying to do a small routine of tricks, so I tried to do about four to five tricks in a row. All pretty basic. And now it was based on watching [Olympic swimmer] Katie Ledecky‘s video because she did such a smooth routine. Basically, she went from one end to the other. So, I thought,’ oh, I could do that on my ramp and a few different tricks.’ I practiced it the day before with a glass of water and had some success. But when it came time to do the milk, I just kept spilling enough that it was noticeable.”

“So, I thought, ‘well, we have something here. Why don’t we just try something ridiculous, like a McTwist, and it’ll end up flying around or splashing my face. And maybe that’s more entertaining?'” continued Tony. “I tested it with a glass of water, and it stayed in. And I said, ‘let’s just try and see what happens.’ And I really — I had no intention of that working at all.”

Katie pulled off her stunt with a glass of chocolate milk balanced on her head. Did the thought ever cross Tony’s mind – pun intended – of affixing a glass to his helmet, Double Dare style, before pulling off the trick? “I wouldn’t be open to keep my head in — in that straight way to keep a balance,” he tells HollywoodLife. “There’s just no way.” Speaking of “Physical Challenges,” when asked if he’s tried anything as daring as the McTwist, the skateboarding icon relayed how the closest thing he’s done to this trick “catching a Frisbee while I skated.”

“That happened while ago. I did it with a Frisbee trick artist or a disc — a flying disc [artist],” says Tony. The flying disc artist “did a couple of things around my ramp where he was banking it off the ramp and things like that. He actually bounced it off the bottom, and then it went up to me while I was up on the top, and I caught it. That took way more tries then than doing the McTwist with milk. I kept missing the grab. It was it would sort of hit me in the chest, or I would end up clutching my hand too late because I’m trying to focus on skating more than the catch.”

Perhaps Tony’s decades-long affiliation with ‘Got Milk?’ brought him a bit of luck when it came to the MilkTwist. Tony first partnered with the campaign in 1998, and it’s been smooth skating ever since. “I was featured in the original ‘Got Milk?’ campaign with the milk mustache,” he says in the interview. “Then, ‘Got Milk’ came around last year and said we’d like to do something going forward. And we were going to do something surrounding the Olympics. But obviously, that got postponed.”

Happy Birthday Jables! Thank you for decades of entertainment, for helping us launch @tonyhawkthegame, and for turning the tables on @erickoston when he borrowed your giant board.

Until the Tokyo 2020 games take place in 2021, the first-ever skating Olympians will continue to practice. They could also take part in the #GotMilkChallenge. Tony welcomes all comers to give it a shot. “I would like to see anyone try it. Not just celebrities or sports figures, but anyone who wants to do this sort of thing. My only advice is to do it with a plastic cup.” Though, when asked if he would challenge his friend Jack Black – who Tony thanked for “helping us launch [Tony Hawk’s Pro Skater 1+2]” in an Aug. 28 IG video – to do something similar, Tony seemed down. “I would love to see how Tenacious D incorporates a glass of milk into their performance. That would be a treat.”

Speaking of Pro Skater, Activision and Vicarious Visions released the HD remaster of the 1999 and 2000 originals on Sept. 4. The game has received rave reviews from gamers and Pro Skater devotees. To say that the first Pro Skater games – and their iconic soundtracks – were seminal pieces of GenX/Millennial/Xennial pop culture would be an understatement. For many, Pro Skater was the first introduction to bands like Dead Kennedys, The Suicide Machines, The Vandals, Lagwagon, and more.

One band in particular – Goldfinger – has become synonymous with the game series. Their song “Superman” was featured in the first installment. Ever since then, fans have associated the two together (to the point that The Hard Times, the punk/metal satire publication, ran a 2019 article titled “Goldfinger Patiently Awaits Reboot of Tony Hawk Franchise“). After Activision announced the remastered Pro Skater 1 + 2 in May, the song saw an 800% spike in daily YouTube views, according to Loudwire. So, it’s no shock that the song was included in the remastered game.

Does this mean that the band sends Tony a huge “Thank You” card every year? Tony laughs at that before expressing his own gratitude for Goldfinger always repping the brand hard. “I have seen interviews with them, and they are very thankful,” he says. They are always very cooperative if we want to use the song for anything. That type of thing could have gone the other way, where it became so popular that they held onto it, and they won’t allow anyone to use it or unless you pay an exorbitant fee. And they’ve always been very cool about it. ‘Yeah, man, go for it! We’re celebrating it too!”

In the early series, I was the one that was bringing in the old school punk rock element to it,” adds Tony. “So when you hear stuff like Dead Kennedys or Primus or Black Flag, that was more my influence. And then the newer bands as well at the time, newer like Goldfinger, like Millencolin. That was more Activision side. For this version, it was a mix of both, and I strongly insisted that there were a few new bands included like American Nightmare, Rough Francis. Viagra Boys. Those were all my choices.”

Devo was not included on the Tony Hawk’s Pro Skater 1 + 2 soundtrack, but the band’s “Uncontrollable Urge” appeared in 2010’s Tony Hawk: Shred. Before Tony’s conversation with HollywoodLife, news broke that Mark Mothersbaugh – one of the masterminds behind DEVO and close friend of Tony – contracted COVID-19 and came close to dying. Tony and Mark have been working on bringing Nick Hornby’s Slam to the stage, and Tony was in contact with Mark while the Devo icon fought for his life.

“I was definitely in close touch when that was all happening,” Tony tells HollywoodLife. “And it was frightening. It was just so unfortunate because he was, you know, obviously, he’s more at risk. He was staying away from the crowds. He was in Palm Springs with his family. And as the [Black Lives Matter] protest starts near his studio in L.A., he went home to just pull some stuff out of the studio. And because he did that – that’s how he caught the virus. And it was very, very scary. He was on a ventilator for over 10 days.”

Thankfully – and in a rarity for 2020 – the story has a happy ending. Mark was able to pull through and beat back the disease.

Watch the above interview to hear Tony’s thoughts on the MilkTwist, the 2020 Olympics and more.