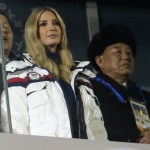 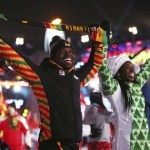 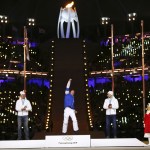 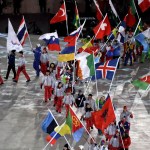 The 2020 Olympics have been postponed! With mounting concern over the coronavirus outbreak, the International Olympics Committee decided to hold the Tokyo Games in 2021.

Update 3/30/20: The 2020 Tokyo Olympics will take place in July 2021, the organizers announced on Mar. 30, with the opening ceremony scheduled for July 23, 2021. “The schedule for the games is key to preparing for the games,” Tokyo organizing committee president Yoshiro Mori said, per the New York Post. “This will only accelerate our progress.”

Update 3/24/20: The 2020 Summer Games in Tokyo have been postponed until 2021, according to CNN. Japan’s Prime Minister Shinzo Abe and International Olympic Committee (IOC) president Thomas Bach agreed Tuesday to postpone the Olympics. Tokyo’s governor Yuriko Koike told reporters at a press conference that the event will still be dubbed Tokyo 2020 Olympics despite the postponement.

Update 2:15pm ET:  “On the basis of the information the IOC has, the postponement has been decided,” Veteran International Olympic Committee member Dick Pound said in a phone interview with USA TODAY. “The parameters going forward have not been determined, but the Games are not going to start on July 24, that much I know.” Dick is reportedly one of the most influential members of the IOC for decades, and said that he believes the IOC will announce its next steps soon. “It will come in stages. We will postpone this and begin to deal with all the ramifications of moving this, which are immense.”

Original: The 2020 Tokyo Olympics may still go on – just not this year. With more than 350,000 cases of the deadly coronavirus being reported around the globe, the International Olympic Committee is facing mounting pressure to delay the games until 2021. However, if the Olympics go on as planned —  from July 24 to August 9 — then they’ll do so with far fewer athletes than ever before. Instead of putting their athletes at risk and risk aiding the spread of COVID-19, some countries have pulled out. The first were Australia and Canada, but they won’t certainly be the last. As more countries bail from 2020 Games, HollywoodLife will continue to update this post with the latest news.

“While we recognize the inherent complexities around a postponement, nothing is more important than the health and safety of our athletes and the world community,” the Canadian Olympic Committee said in a statement on March 22, per ESPN. America’s neighbor to the north added that their decision wasn’t “solely about athlete health — it is about public health.” The Canadian Olympic Committee running the games in 2020 was unsafe “for athletes, their families, and the broader Canadian community for athletes to continue training for these Games. In fact, it runs counter to the public health advice, which we urge all Canadians to follow.”

Canada had 314 athletes in the 2016 Olympics in Rio de Janeiro, with notable performers like swimmer Penny Oleksiak and sprinter Andre De Grasse. Shortly after Canada’s decision, Australia followed suit. “Australian athletes should prepare for a Tokyo Olympic Games in the northern summer of 2021,” the Australian Olympic Committee (AOC) said in a statement, per ABC News Australia. The AOC added that the team “could not be assembled in the changing circumstances at home and abroad.”

Canada and Australia pulled out of the 2020 Games after the IOC announced on Mar. 22 that it would take them four weeks to come to a decision as to whether the Tokyo Olympics will take place this year or not. “The IOC will, in full coordination and partnership with the Tokyo 2020 Organizing Committee, the Japanese authorities, and the Tokyo Metropolitan Government, start detailed discussions to complete its assessment of the rapid development of the worldwide health situation and its impact on the Olympic Games, including the scenario of postponement,” IOC president Thomas Bach said in a statement.

“The IOC is confident that it will have finalized these discussions within the next four weeks, and greatly appreciates the solidarity and partnership of the [National Olympic Committees] and [International Sports Federations] in supporting the athletes and adapting Games planning.”