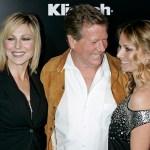 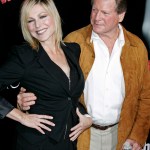 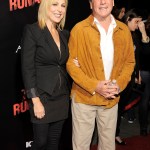 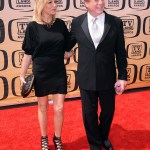 The O’Neal’s are on the mend. After nearly two decades of ‘hardship,’ the family reunited in Los Angeles on September 13. See their first photo together since 2003.

“If the O’Neals can reconcile, truly anything is possible,” Sean McEnroe wrote alongside a family photo he shared to Instagram on Sunday. Sean, 32, is the middle child of Academy Award-winning actress Tatum O’Neal, 56, and the grandson of actor Ryan O’Neal, 79. Both starred in 1973’s Paper Moon, which made Tatum the youngest person to win an Academy Award at just 10-years-old. The family photo showed the three, along with Sean’s siblings Kevin, 34, and Emily, 29, sitting together in a Los Angeles home. Before their reunion, the family hadn’t been together in one room since the 30-year Paper Moon anniversary in 2003.

This is one of the most memorable photos of my life. The last time we were all together was at the 30-year Paper Moon Anniversary in 2003. I could cry tears of gratitude that everyone in this photo is still alive and that we were all able to come together again after so many years of hardship. The entire West Coast is burning, but if the O’Neals can reconcile, truly anything is possible 🙏🏻☺️💛#Reconciliation #Forgiveness #Wholeness #Love #FAMILY

“This is one of the most memorable photos of my life,” Sean wrote in his post, which included a throwback photo of the family at the 2003 Paper Moon anniversary event. “I could cry tears of gratitude that everyone in this photo is still alive and that we were all able to come together again after so many years of hardship. The entire West Coast is burning, but if the O’Neals can reconcile, truly anything is possible,” he continued, mentioning the wildfires blazing across California, Oregon and Washington. Sean ended his caption with the hashtags: “#Reconciliation,” “#Forgiveness,” “#Wholeness,” “#Love,” and “#Family.”

The family’s estranged relationship wasn’t a secret in Hollywood. In 2004, Tatum detailed her tumultuous relationship with her father in her autobiography, titled, A Paper Life, where she writes, “I feel sad for him. He has to live with himself and that’s probably harder.”

The oldest of Ryan’s four kids was abandoned by her father at age 16, when he left her and brother Griffin behind to move in with girlfriend, actress Farrah Fawcett. People detailed the latter in an archive piece published in May of 2010. Tatum’s mother, the late actress Joanna Moore, was an alcoholic and amphetamine addict, according to the outlet. On top of her dysfunctional relationship with her father, Tatum went through a very public, decades-long battle with drugs. In 2008, which People described as her “lowest point,” Tatum ended up in Manhattan jail after she was arrested for trying to obtain a bag of crack cocaine. Additionally, Tatum went through a grueling custody battle with her ex-husband, tennis legend John McEnroe, that she said “took the fight out of me.”

It was in 2009 when Tatum and Ryan finally reconciled with the help of Tatum’s son Sean. He first reached out to Ryan a year before Fawcett’s death in June of 2009. The profile revealed that Tatum gave her father’s phone number to Sean in fear that the actor would fall into isolation and depression. About nine months before Fawcett died, Tatum herself met with her in person, where the two talked for the first time in years. “I had never just sat with her alone,” Tatum recalled to People. “We laughed a lot. She seemed really grateful I was there and genuinely touched.”

Tatum went on to note that Fawcett’s death played “a very big role” in her reconciliation with Ryan. “She brought us back together,” she said. “God forbid something were to have happened to my dad. I don’t know if I could have lived with myself.”

Tatum revealed that it was her father who extended the olive branch. “He told me he’s sorry. He’s all I have in terms of family, and I needed him in my life,” she said at the time. “My dad was absolutely everything to me.”

For Ryan, his reunion with Tatum was a troubling realization of his past actions. “I might have been able to help her,” he told the outlet. “She didn’t have anyone after her mother died. She didn’t want me, and she said I abandoned her, and I did. . . . A lot of harsh things were done.” He added at the time, “We’re starting over and no looking back.”