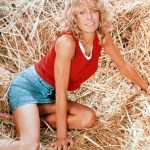 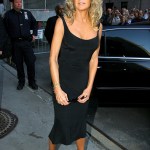 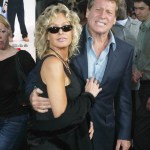 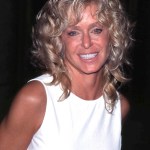 A documentary following Farrah Fawcett’s battle against cancer aired on May 23, a decade after the ‘Charlie’s Angels’ star passed away. New footage showed Farrah’s final moments with her iconic mane.

Farrah Fawcett’s feathered, swept away ‘do was one of the most popular hairstyles of the ’70s and ’80s. With such a claim to fame, it was heartbreaking for the late Charlie’s Angels star to part with her bombshell hair during chemotherapy treatment in 2008 before passing away in 2009, which fans were given a new look at in the documentary This Is Farrah Fawcett. ABC News aired the two-hour special on May 23, and in the clip above, Farrah’s friends and doctor revealed what was going through the legendary actress’ mind before shaving her head.

The new footage actually shows a third friend combing through the blonde beauty’s hair, only for strands to fall out on the floor. “I’m sticking it in my pockets and hiding it, and she still had this beautiful thick head of hair no matter how much was coming out,” the friend recalled. Ultimately, Farrah wanted to be the one who removed all her hair. “It was very important for Farrah to shave her own head, so that she was removing her hair, and cancer treatment wasn’t removing her hair, kind of like that fine line between being a victim and a victor,” Dr. Lawrence Piro told ABC News.