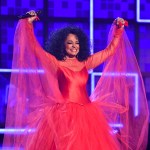 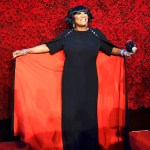 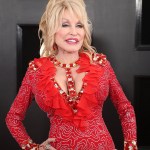 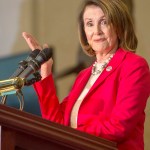 Patti LaBelle is getting ready to face fellow icon Gladys Knight in what’s sure to be an epic ‘Verzuz’ battle on Sept. 13. Learn all about this legendary R&B diva here.

Verzuz is getting ready to welcome two incredible iconic singers on Sept. 13 when Patti LaBelle, 76, faces Gladys Knight, 76, in a highly anticipated battle! The “Godmother of Soul” will listen to some of her biggest hits alongside Gladys at the Fillmore in the streaming special, which will be shown on Verzuz TV and Apple Music, and we can guarantee it’s going to bring back some seriously soothing nostalgia. Verzuz TV‘s Instagram announced the exciting news in a post on Sept. 8.

“The Master Class we’ve ALL been waiting for! @MsGladysKnight vs. @MsPattiLaBelle 🔥 Live from The Fillmore in Philly this Sunday at 5PM PT/8PM ET. The ultimate Verzuz!” the caption for an event photo, which featured the two ladies, read. “Leave ya church clothes on all Sunday and pull up to the affair of all affairs. Y’all gotta get dressed up in ya Sunday’s best for this one.”

As you gear up to watch the battle, here are five things you should know about Patti and her successful career.

1. She’s a chart-topping legend. Born Patricia Louise Holt, Patti began singing after joining a local church choir in her native home of Philadelphia. Since her first single in 1962, Patty has gone on to win two Grammy Awards, a ton of Lifetime Achievement Awards and, in 2004, she was inducted into the Grammy Hall of Fame. She’s best known for her songs “On My Own,” “Stir It Up,” “The Best Is Yet To Come” and “New Attitude.”

2. Patti began as part of a girl group. Long before Beyonce and Destiny’s Child or Camila Cabello and Fifth Harmony, there was Patti LaBelle and the Bluebelles. The group scored a hit with 1962’s “I Sold My Heart To The Junkman.” They would rename themselves as simply Labelle in 1971, and would find their first No. 1 song with the original “Lady Marmalade.” The song would later be covered by Christina Aguilera, Lil’ Kim, Mya, and Pink for the film, Moulin Rouge. Labelle was so successful, they became the first African-American vocal group to land on the cover of Rolling Stone, according to Biography.com.

3. She went solo in 1977. Patti decided to go it alone in the late ’70s, releasing her self-titled debut. It was a critical success, and since then, she has continued to record and perform, making her a staple of R&B and soul music. She earned her first No. 1 album in 1986 with Winner In You, thanks in part to the power of the “On My Own” single. It’s also her best-selling album to date, going on to sell more than 8 million copies.

4. She got shady about American Idol years before performing on it. “Some of the judges, I don’t think they’re qualified to even judge,” Patti said about Idol in 2010, per Today. She wouldn’t really explain which judge she was talking about, and at the time, it was Simon Cowell, Randy Jackson, Kara DioGuardi and Ellen DeGeneres picking the winners. Patti said she asked to be a judge on the show before Paula Abdul joined, but a rep for the show at the time declined to comment on the claim.

“The comments that were made,” Patti said about the judges’ remarks, “they could make you like wanna kill yourself. If you believe in yourself, just go for it. What do you have to lose? And when people tell you ‘You can’t,’ you have to say, ‘I can.’ “

She went on to appear on the finale of the show in 2018 and sang “Lady Marmalade” with drag queen contestant Ada Vox.

The one and only @MsPattiPatti is joining us during our 2 Night Finale Event! Don't miss out! #AmericanIdol #IdolFinale pic.twitter.com/KoE59HnQ2H

5. You might have seen her in a Walmart commercial. In addition to music, Patti has branched out into acting and writing. She wrote her autobiography Don’t Block The Blessings in 1997, and following a diabetes diagnosis, a diabetic cookbook, LaBelle Cuisine: Recipes to Sing About. She also appeared in movies A Soldier’s Story and Beverly Hills Cops, as well as the television shows A Different World and American Horror Story. She also has starred in Patti LaBelle’s Place for two seasons on the Cooking Channel. In 2015, a vlogger named James Wright, posted a hilarious review of Patti’s brand of sweet potato pie, according to Fox News. The 8 million hits led to Patti starring in her own commercial for the pie, which shows off her sass as well as her cooking skills.