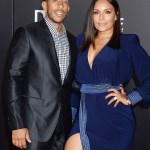 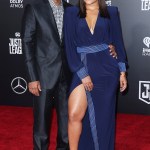 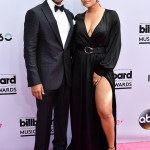 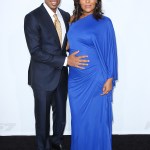 It was the 2000s all over again! Ludacris and Nelly’s throwback themed ‘Verzuz’ battle was everything fans wanted, including several new song drops!

Ludacris, 42, and Nelly, 45, know how to deliver on nostalgia! The hitmakers were the latest duo to jump in on Timbaland‘s “Verzuz” rap battles, and despite technical difficulties, slayed for a whole three hours. Though there were several laughs throughout the stream, fans on Twitter couldn’t get enough of Ludacris’ reaction to Nelly’s suggestion that the two go on tour together. “After this we gonna do the Luda Nelly Verzuz tour,” Nelly quipped as unimpressed Ludacris gave the camera a deadpan look. We’re guessing he wasn’t on the same page?

The hysterical moment quickly went viral in the Twitterverse, leading to a slew of epic posts and memes! “Luda’s face after Nelly saying they should do the
@verzuzonline tour when the quarantine is over,” fan @jae_dot305 wrote, adding several laughing-crying emojis. Others simply tweeted Nelly’s quote and included various meme-like images to mimicking Ludacris’ reaction, including a bored NeNe Leakes — champagne glass and all — along with a short .GIF from an Eddie Murphy movie.

“Oh wowwwww Nelly wants to take this on tour? He better bring Luda’s wifi connection. #VERZUZ,” @Megan_Rage also tweeted, referencing the three hour battle’s technical difficulties! Nelly — born Cornell Iral Haynes Jr. — was having wifi difficulties throughout the stream, just like Teddy Riley did several weeks ago. Hilariously, the St. Louis native didn’t have a care in the world as he rapped and sang along to some of his biggest hits while Ludacris attempted to troubleshoot. At one point, Teddy — who battled with Babyface just a couple weeks ago — commented “Lol.”

Nelly: “We gonna make this a Luda and Nelly #Verzuz tour.”
Luda: pic.twitter.com/HgE0jBGhs2

Nelly: We gon do the Nelly and Luda tour!

While Nelly logged off to fix his wifi connection (several times, may we add), Ludacris took the opportunity to drop his fire new collaboration “Silence of the Lambs” feat. Lil’ Wayne. Fans were loving the Timbaland produced tune, which made references to R. Kelly, Colin Kaepernick and Bill Cosby. “I love R. Kelly, but around my daughters I’m not comfortable,” he rapped. Ludacris hinted he had more tunes (“20”, apparently) tunes with Timbaland, hinting that the pair could have a full fledged project in the works!

Nearly two-and-a-half hours in, Ludacris also dropped another unexpected gem: a remix of his 2009 hit “Money Maker” featuring none other than Nelly himself! The original version was a collaboration with Pharrell Williams, but Nelly’s southern flair took the tune to the next level. “Woooowwww they robbed us of Nelly on ‘Money Maker’,” fan @brand_goss declared. Eventually, Nelly returned to drop his tunes “Dilemma,” “Hot In Herre,” “Air Force Ones,” and more ’00 goodies!