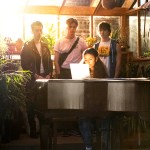 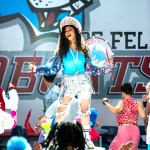 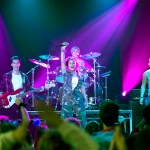 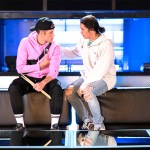 Prepare to fall in love with ‘Julie and The Phantoms.’ HL spoke EXCLUSIVELY with the stars of the new Netflix series about playing ghosts, what to expect from their characters, and more.

Julie and the Phantoms is the series we all want and need right now. It has so much heart and so many songs you’ll be replaying over and over. The new Netflix show, dropping Sept. 10, follows high schooler Julie (Madison Reyes), who has lost her passion for music after her mom died. When she crosses paths with three dreamy musicians (who just happen to be ghosts), Julie begins to find her love for music again. HollywoodLife talked EXCLUSIVELY with the talented boys of Sunset Curve — Charlie Gillespie (Luke), Owen Patrick Joyner (Alex), and Jeremy Shada (Reggie) — all about Julie and the Phantoms.

Just because they’re ghosts, doesn’t mean these teen phantoms don’t have their issues. “Even though he’s a ghost, I think he deals with a lot of problems that a lot of teens deal with nowadays,” Owen told HollywoodLife. “I think younger kids will be able to resonate with them a little bit. I think that through his little romances and stuff, Alex grows as a human being and finds a way to lean on his friends to help pick him up and get him through his tough times.”

From the moment Charlie read for the role of Luke, he was hooked. “He’s this electric guitarist, and I’ve always wanted an excuse to really start jamming out on the electric guitar,” Charlie said. “As soon as I got the script, the next day I was at the store renting an acoustic guitar so I could get closer to him. Because of that, I started doing these little open mics all around Los Angeles. There are so many different little places that you can go to, and it really introduced me to this open mic world, which is where Luke would have been back in the 90s. To keep it short, I liked how he rocked.”

Jeremy has been wanting to be a part of a Kenny Ortega project for a long time. It’s always been a “dream” of his. “But it’s also very rare that you get a role or get to audition for a role as a bass player that actually is a bass player. A lot of roles are usually guitar players, so it’s cool that it was specifically a bass player who also sings,” he revealed. “Jeremy loves that Reggie is like a “golden retriever in human form. He’s that lovable goof. It’s a little bit of my personality in real life. I have about a million dad jokes. I’m very dorky. So I was able to combine comedy with bass playing and singing. This is the perfect role.”

Alex, Luke, and Reggie are all ghosts from 1995. Owen noted that Alex doesn’t deal with being a ghost very well at all. “He doesn’t know how to wrap his head around it,” Owen said. “The other guys are kind of like, hey, we can play music. Let’s just rock and roll. Let’s keep moving through, but it’s not good enough for Alex.” He teased that Alex is “always freaking out,” and it isn’t until he meets Willie (Booboo Stewart) that he gets less stressed about everything.

Jeremy says that Reggie “befriends Julie’s family, even though it’s a one-sided friendship.” Julie is the only one who can speak to the boys. Despite being a ghost, Jeremy notes that Reggie “makes the best of a very weird situation” and has “such a light and love to him.”

As Alex, Luke, and Reggie team up with Julie to form Julie and the Phantoms, Julie and Luke will grow closer. “They hit it off as good friends at first, but their relationship develops from really being good friends,” Charlie teased. “That’s all they are in season 1, just really good friends. That’s what I like about Julie and Luke because they show people how to be friends before anything else happens.”