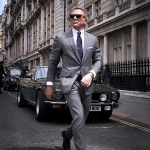 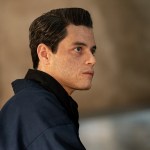 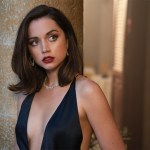 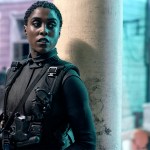 A new ‘No Time To Die’ trailer is just what we needed. James Bond is back in action as he fights to save the world from Rami Malek’s villainous Safin.

James Bond (Daniel Craig) faces off against Rami Malek’s Safin in the new Bond film No Time To Die, and Safin is a force to be reckoned with. In the new trailer when Bond asks Madeleine what Safin wants, a fearful Madeleine (Léa Seydoux) replies, “Revenge. Me.”

Bond crosses paths with familiar faces and plenty of new ones. “James, fate draws us back together. Now your enemy is my enemy,” Blofeld (Christoph Waltz) says. “When her secret finds its way out, it’ll be the death of you.”

Bond meets the latest Bond lady, Paloma (Ana de Armas), in Santiago. She means business and can kick major butt. This is a Knives Out reunion for Daniel and Ava! He also meets the new 00 agent, Nomi (Lashana Lynch), whom he calls a “disarming young woman.”

For Safin, he doesn’t think he’s all that different from Bond. “James Bond, we both eradicate people to make the world a better place. I just want to be a little… tidier,” he admits. However, Safin goes to very different lengths to get what he wants. He also wants to “eradicate” Bond. At one point, he shoots a Bond who is trapped in a frozen lake.

Bond and Nomi realize that Safin is planning to kill millions of people. “If we don’t do this, there will be nothing left to save,” Bond declares. Cue the epic car chases, fight scenes, and more.