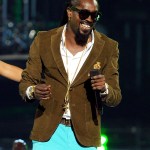 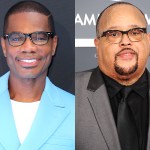 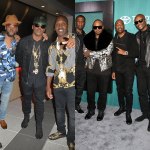 Brandy and Monica brought back some serious ’90s nostalgia when they took part in a memorable ‘Verzuz’ battle on Aug. 31 and they used the fun opportunity to cheekily address their old decades-long feud.

Is it 1998 or 2020?! That was the question on viewers’ minds when Brandy, 41, and Monica, 39, faced off on an epic new stream of a Verzuz battle. The talented singers, who made headlines in the past due to a decades-long feud, proved everything’s all good when they greeted each other with a hug before sitting side by side and listening to their hit songs, and at one point, they even addressed their old beef. “We had a disagreement and I had to kick in doors,” Monica said to Brandy after she apologized for attempting to make a joke and talking about their past.

The comment got the attention of the record-breaking one million viewers and they began to question if Monica actually did “kick in” Brandy’s door during the days of their drama. Brandy eventually confirmed it was just a joke and the two continued singing along and dancing to each other’s hits, which included “I Wanna Be Down” and “Don’t Take It Personal (Just One Of Dem Days).” The ladies were also watched by a plethora of celebrities, including Michelle Obama, Timbaland, and Missy Elliott, and were even greeted via live video by Democratic vice president nominee Kamala Harris, who admitted she’d be “singing and dancing” all night while watching the battle.

Brandy and Monica’s Verzuz battle was first announced on the Verzuz Instagram page on Aug. 22. The post showed an eye-catching photo that showed half of Brandy’s face on one side and half of Monica’s face on the other with the words, “Verzuz presents Brandy V Monica” across the top and the details on the bottom. “Get ready for the queens! @Brandy and @MonicaDenise on #VERZUZ! Monday, August 31st, 8PM EST on our IG and Apple Music. Drinks by Ciroc,” the caption for the post read.

The singers also shared the image on their Instagram pages and wrote about their excitement over the reunion. “Thank you @monicadenise @applemusic and @verzuztv for making this happen.
Let’s celebrate!!!!” Brandy’s message read while Monica wrote, “This will be historical …. It’s an honor.”

Brandy and Monica’s epic Verzuz battle comes 22 years after their 1998 song “The Boy is Mine” became a major number one hit. The song spent 13 weeks at the top of the Billboard Hot 100 chart and its music video, which featured both ladies singing fiercely at each other, also became a life-changing success. The tune also won a 1998 Grammy Award for Best R&B performance by a Duo or Group with Vocals.

It was awesome to see Brandy and Monica back at it again after all these years! We can’t wait to see who else will show up on a future Verzuz battle!