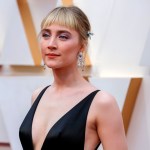 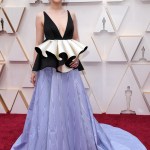 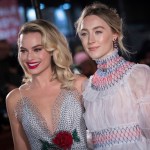 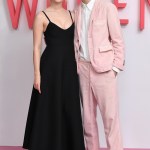 You can feel the Oscars. Saoirse Ronan and Kate Winslet fall in love by the sea in the powerful romantic drama ‘Ammonite.’ The first trailer gives a glimpse into their characters’ love story.

Saoirse Ronan and Kate Winslet are coming for those 2021 Oscars. The incredible actresses star in the new drama Ammonite. In the first trailer, a fossil hunter in 1840s England named Mary Anning (Kate Winslet) crosses paths with a young woman named Charlotte Murchison (Saoirse Ronan). Charlotte’s husband asks Mary if Charlotte can work with her because she suffers from melancholia and hopes this will help.

At first, Mary is hesitant. But Charlotte’s husband offers a lot of money so she agrees. “I don’t like the water,” Charlotte tells Mary when they head down to the shore. Despite being from totally different worlds, Charlotte and Mary begin to grow closer as they work together more. Mary’s mother notices the “friendship” growing between Charlotte and Mary. But it’s not just a friendship. It’s so much more.

Eventually, they cannot deny their feelings for each other. Charlotte kisses Mary, and their love story begins. It is powerful and all-consuming for them both. “I don’t want to go back to the life I had before you,” Charlotte says to Mary. But they may not have a choice.

The movie also stars Fiona Shaw as Elizabeth Philpot, Alec Secăreanu as Dr. Lieberson, James McArdle as Roderick Murchison, Gemma Jones as Molly Anning, and Claire Rushbrook as Eleanor Butters. Ammonite will have its world premiere at the Toronto International Film Festival on Sept. 11, 2020. The film is set to be released on Nov. 13, 2020.