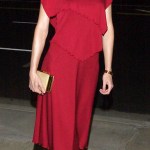 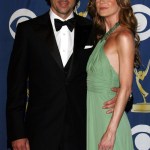 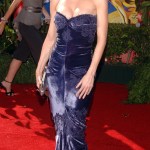 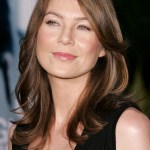 Ellen Pompeo revealed what it’s been like to witness her 16-season transformation on ‘Grey’s Anatomy,’ and when she’d ideally like to ‘dip out’ from the medical drama.

After leading television’s most iconic medical drama for 15 years, Ellen Pompeo looked back on her on-screen transformation since 2005. Since she has been starring on Grey’s Anatomy for such a long time, the actress was admittedly not too happy while confronting the possibility of being the last main star to leave on the Aug. 24 episode of Dax Shepard’s podcast, Armchair Expert. “I do not want to be the grapes dying on the vine,” Ellen confessed, and revealed that aging has been on her mind. “Like, already, to watch myself age from 33 to 50 now on screen, that’s not so fun,” she said.

It doesn’t help that Ellen’s on-screen uniform is Meredith Grey’s scrubs and iconic white coat. She continued on the subject of aging, adding, “You really see it, because I’m in the same clothes. I’m in the same character. So the way I see myself aging is… that’s a mother***er.”

However, Ellen is not ashamed of her age — she doesn’t even undergo cosmetic procedures to combat the affects of getting older! “I don’t lie about my age. I don’t put anything in my face. I don’t want to tell myself any lies. I’m not doing myself any favors,” she confessed. However, it sounds like Ellen doesn’t want to celebrate too many more birthdays on Shonda Rhimes‘ Emmy-winning show, sadly.

“But certainly, I think, to dip out sooner rather than later, at this point, having done what we’ve done, to leave while the show is still on top, is definitely a goal. I’m not trying to stay on the show forever, no way,” she confessed. As for when exactly she’ll make her exit, Ellen said, “The truth is, if I get too aggravated, and I’m no longer grateful there, I should not be there.” So, there’s no set date for Ellen’s departure!

On the flip side, Ellen credited age for being the reason she has stayed on Grey’s Anatomy for so long. “I got in the game late. I didn’t start Grey’s until I was 33, and then I started having kids at 40,” Ellen said on the Aug. 3 episode of the Jemele Hill is Unbothered podcast, referring to her children Stella, 10, Sienna, 5, and Eli, 3, whom she shares with husband Chris Ivery. Ellen added, “If I started the show when I was younger, [like] 25, I probably would have dipped out when I was 31, 32, [when] my six-year contract was up, but my age had a lot to do with it.”

Ellen is also not going anywhere in the near future, because she’s also set to return for Season 17 of Grey’s Anatomy! The exact premiere date has not yet been confirmed, given the uncertain circumstances of the coronavirus pandemic, which cut Season 16 short (the finale aired in April of 2020).