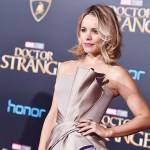 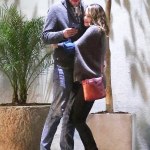 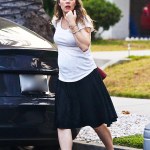 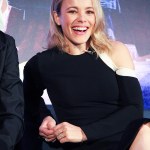 ‘Mean Girls’ star Rachel McAdams seemingly revealed she’s pregnant with her second child, when she was photographed with an apparent baby bump.

Rachel McAdams, 41, appeared to confirm that she’s pregnant with her second child! The notoriously private actress, 41, stepped out in Los Angeles on August 19, and debuted an apparent baby bump while wearing a peach-colored summer dress. The Mean Girls star was photographed shopping at the children’s store The Reckless Unicorn, per Page Six, and paired her button-down dress with a pair of pink sandals. The seemingly expectant mother also wore a grey protective face mask and dark sunglasses. HollywoodLife has reached out to Rachel’s reps for comment.

The mother-of-one welcomed her first child with boyfriend, screenwriter Jamie Linden in 2018, however she didn’t discuss the bub’s birth until seven months later. “It’s the greatest thing that’s ever happened to me, hands down,” she told The Sunday Times on Nov. 25, 2018. “[People say] your life is not your own any more, but I had 39 years of me, I was sick of me, I was so happy to put the focus on some other person.”

The Notebook star also opened up about being a first time mom at age 40. “I waited a long time [for motherhood]. It’s just how it happened. And I didn’t want to do it before it was the right time,” she continued. Rachel never confirmed her first pregnancy herself — it was only revealed when paparazzi spotted her out and about with a seven month baby bump. Thus, it’s not entirely out of character for Rachel to forgo any official announcement regarding her second pregnancy.

“I want to keep his life private, even if mine isn’t,” she said back in 2018. “But I’m having more fun being a mum than I’ve ever had. Everything about it is interesting and exciting and inspiring to me. Even the tough days — there’s something delightful about them. I have clothes on and that’s a good thing. I don’t even know what I’m wearing today. The shoes are held together with glue. Isn’t that sad? I need to get a life.” Congratulations to Rachel on her growing family!