First baby, and now first pics! Rachel McAdams, 39, has kept her motherhood journey very shush. People weren’t even aware of the Game Night star’s pregnancy until she was seven months along, and Rachel didn’t announce to the world she reportedly gave birth to her first child in April. We respect her decision, but of course fell out of our seats when MULTIPLE pictures of the new mom and her boyfriend Jamie Linden, 38 — with their baby boy in tow — surfaced from Los Angeles on Sept. 12. We couldn’t believe it! The photographer even captured Rachel giving her new baby a peck on the cheek. To respect the privacy of Rachel’s newborn, we have blurred his face.

Although known for some of pop culture’s most memorable films like The Notebook and Mean Girls, the new mama is slowly making her way back into the public’s eye. She debuted her post-baby body at the Tribeca Film Festival to promote her latest film Disobedience on April 24, which almost gave us the same reaction as tonight. No wonder Rachel was able to keep her pregnancy so secret — in a leotard-style Giambattista Valli gown with a sheer skirt, we could not tell Rachel once sported a baby bump. Recently, the actress was spotted on a stroll in more casual wear along side her baby daddy in Los Angeles, People reported on Sept. 10. We’re happy the parents decided to bring their baby along for today’s family outing!

As for more details on Rachel’s son — whose name is still unknown — he is reportedly “a good sleeper” and a “good baby,” according to a HollywoodPipeline source that overheard the parents, as reported on April 9. Aww! We hope they’ll be able to add “good actor” to those list of traits and take after his mom. As we all know, Rachel is a chameleon. She can master laugh-out-loud comedies, tear-jerker romances, or most lately, a thrilling lesbian drama. As for future projects, her IMDb page says she’s “rumored” to play the role of Irene Adler in Sherlock Holmes 3. Fingers crossed! 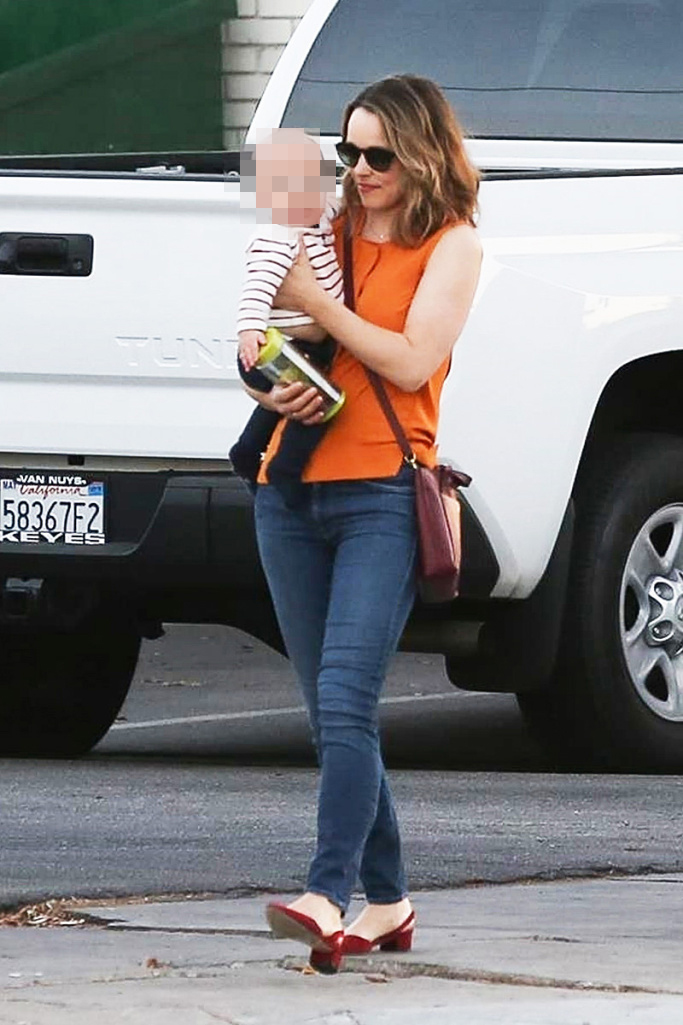