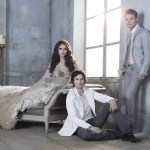 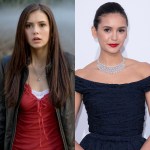 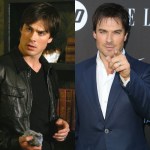 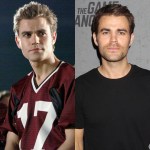 Candice Accola, who played Caroline Forbes on ‘Vampire Diaries,’ revealed that she’s ‘got a bun in the oven.’ The CW star revealed how long she has been pregnant!

Candice Accola, 33, is going to be a mom of two! The actress, known for playing Elena Gilbert’s frenemy on The Vampire Diaries, revealed that she’s expecting her second child on the Aug. 17 episode of her Directionally Challenged podcast that she co-hosts with Kayla Ewell. This will be Candice’s second child with her husband, Joe King, 40, who co-founded the popular rock band The Fray.

“Something I have not shared yet on this podcast is that I’m actually pregnant,” Candice announced, adding, “I’ve got a bun in the oven.” She’s been keeping this a secret for a while, because Candice added that she’s a “little over five months” into her pregnancy. “So it’s been the entirety of the whole quarantine experience and everything that 2020 has brought us this year. And it’s been a journey, to say the least,” she said during the podcast, which guest star Haize Hawke, a doula, life coach and spiritual counselor, had joined that day.

As for why Candice finally spilled the baby news, she said, “I feel comfortable and confident enough to discuss it now. I am someone who likes to keep pregnancy to myself and obviously with my partner, my husband, and our immediate friends and family until I feel comfortable and confident that I’m in a place in my pregnancy and the baby’s OK and I’m OK, the best it can be. But I’m finally at that place right now, which feels really good.”

Candice welcomed her first child, Florence May, with her husband Joe in May of 2016. Candice gave birth to her now four-year-old daughter after tying the knot with Joe in 2014, after meeting at a Super Bowl event in 2011. Their romantic wedding, which took place in New Orleans, was attended by a few of Candice’s castmates from The Vampire Diaries: Paul Wesley, Kat Graham, Michael Trevino and Claire Holt! Joe also has two daughters, Elise and Ava, from his past marriage.