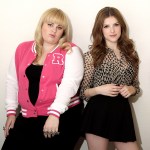 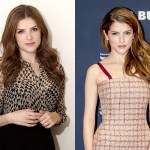 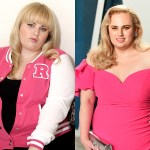 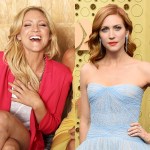 Stop everything — A ‘Pitch Perfect’ reunion just happened! The Bella’s reunited to perform a special rendition of a Beyonce classic, all for a good cause! Watch Elizabeth Banks reprise her role as Gail to introduce the all-girl a-cappella group!

The Pitch Perfect cast got together via video to support UNICEF on August 17! Anna Kendrick, who plays Beca Mitchell, and the rest of the all-girl a-cappella group belted out a powerful rendition of Beyonce‘s upbeat hit, “Love On Top.” And, who better to intro the surprise reunion than Elizabeth Banks and John Michael Higgins who reprised their roles as Gail Abernathy-McKadden and John Smith, respectively.

Aca-scuse-me?! The Bella’s are back together for a very special reason. The proceeds from the downloads of our rendition of “Love on Top” will go directly to @UNICEF to help children in Lebanon and around the world who need our support right now. https://t.co/9jBWian4hx pic.twitter.com/PQyhtOEVE7

“The Bella’s are back with a reimagined classic to support Unicef who are on the ground in 192 countries doing whatever it takes to protect kids  from the coronavirus pandemic,” Gail says after some playful banter with John. “A portion of all proceeds form this song benefit Unicef, so get in line and download it now,” she adds.

The video opens with John doing what he does best — hysterically ragging on the girl group. “I’m afraid I have some bad news, The Barden Bella’s have gotten back together again,” he opens the video, adding, “It seems that not even a quarantine could prevent them from harassing us with another musical performance.”

At the end of the video, Anna is seen front and center holding a series of four signs with a sweet message to her fellow Pitch Perfect cast mates: “As the key gets higher — and Kelley takes over the top notes — I just want to say — I miss you guys so much!”

Can you believe Pitch Perfect first hit theaters in 2012? Fans were instantly obsessed with the Barden Bellas a-cappella team, who defied all doubters with their musical talents. The film franchise went on to become worldwide phenomenon with two successful sequels in 2015 and 2018.