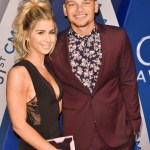 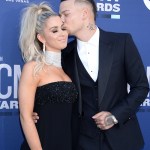 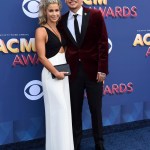 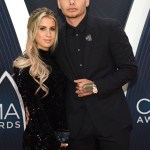 Fatherhood is tough, but first-time dad Kane Brown told HollywoodLife that he gives himself the best advice on how to raise his daughter Kingsley!

We love a confident country singer! Kane Brown has got the dad thing down as his daughter Kingsley hits the 9 month mark. The “For My Daughter” singer spoke to HollywoodLife.com about the best dad advice he’s received — and it’s from himself! “Dads aren’t really good at giving advice!” he laughed in an EXCLUSIVE interview with HL. “So for me, I would say I give myself the best advice. You just gotta learn as you go. You can’t try to learn somebody else’s routine.”

He definitely seems to have Kingsley wrapped around his finger! Kane also told HL about his upcoming EP, which was announced today! The new seven-song EP, Mixtape Vol. 1, will be released on Aug. 14 and features four previously released tracks and three new songs. Kane added that he’s also been working on new music for a full album. “I’ve definitely been working on other music for the album,” he said. “We’ve just been writing. We’ve got some features I’m really excited for.”

He continued, “There’s really not much that can inspire your writing right now other than all this going on and being at home. I got a song called ‘House To Myself!'”

Kane spoke to HollywoodLife.com in partnership with Crown Royal. To give back to all of America’s heroes, particularly those serving on the frontlines of COVID-19 and social injustice initiatives, the artist teamed up with Crown and a team of veteran singer/songwriters to release a remix of his number one single “Homesick.” The song now features Generald Wilson, Retired Petty Officer First Class, U.S. Navy; J.W. Cortes, Retired Gunnery Sergeant, U.S. Marines; Sal Gonzalez, Retired Lance Corporal, U.S. Marines. For every stream of “Homesick (Veterans Version),” the Crown Royal Purple Bag Project will pack 1 bag in support of Packages From Home, in support of America’s heroes.

“When I wrote ‘Homesick,’ I was really thinking about being on the road. I was on the bus with 12 other dudes and so my wife couldn’t really come because she didn’t have any privacy, and I just wrote it at like 4 in the morning,” Kane explained. “It’s way more impactful now that soldiers from different branches are now singing the song. And they’re great singers.” You can listen to the “Homesick” Remix here.