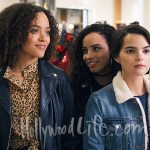 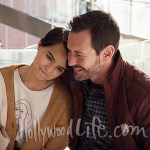 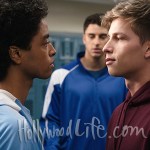 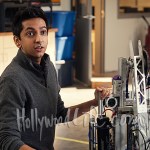 ‘Trinkets’ returns for its second and final season on Aug. 25. HollywoodLife has EXCLUSIVE first look photos of the new season, and creator Kirsten ‘Kiwi’ Smith breaks down what lies ahead.

If you’ve been wondering what’s next for Elodie, Tabitha, and Moe after that jaw-dropping season 1 finale, you don’t have to wait much longer. Trinkets season 2 premieres Aug. 25. HollywoodLife has EXCLUSIVE photos of the second and final season to hold you over until the Daytime Emmy-winning young adult series launches on Netflix. Elodie (Brianna Hildebrand), Tabitha (Quintessa Swindell), and Moe (Kiana Madeira) are united once again, and they’re also crossing paths with new characters, including ones played by Austin Crute and Nik Dodani.

HollywoodLife also spoke with creator Kirsten “Kiwi” Smith to get some inside scoop about the new season. “Season 2 picks up right where we left off. We thought it would be really exciting for people to be put squarely in the shoes of our trio right on the heels of all the drama that just happened, so we just jump right back in,” she revealed.

At the end of last season, the Trinkets trio found themselves separated and in some very different places — physically and emotionally.  But don’t expect Elodie, Tabitha, and Moe to be separated for long. “They’re separated for a little bit, but we wanted to get them back together as quickly as we can because I feel like their friendship is the heart of the show,” Kiwi teased. “They’re always going to be going through some of their own journeys along the way, but we didn’t want to keep them separated for a super long time. I don’t know about you, but I just want to get right back in the middle of the triangle and the joys of that.”

The first season followed these characters as they found an unexpected friendship with one another when they realized they were all in the same Shoplifters Anonymous meeting. Season 2 will be about “testing the bonds of that friendship and seeing how deep it can run and how strong their bond really is,” Kiwi revealed. She teased that Elodie, Tabitha, and Moe will face “identity questions” as they find out what they want and who they really want to be.

“With Tabitha, she will explore aspects of her racial identity, and Elodie will explore a new romance in her life,” Kiwi said. “For Moe, she’s trying to come to terms with the relationship she has with Noah (Odiseas Georgiadis) and also her academic side is explored in this, which I think is really cool as well.”

As for these new characters, they will “test the bonds of the friendship and also test the strength of each character and their other outside relationships,” Kiwi revealed. One of those new characters is Chase, played by Nik Dodani. He is an “academic rival of Moe’s who comes in and complicates her life quite a bit.” Chloë Levine plays Jillian, who is a classmate of Elodie’s at the high school. Kiwi teased that Elodie and Jillion “interact and have a really great meet-cute.” They’ll develop a “new chemistry.”

Moe’s brother, Ben (Andrew Jacobs), will return to stay with Moe and her family. “He’s wonderful, but he’s creating a lot of conflicts for Moe at home with her mom, and he also knows Tabitha because Moe and Tabitha used to be really close friends a while back,” Kiwi revealed. “He and Tabitha end up kind of forming an unexpected connection that  is complicated in some way.”

There’s also Marquise, played by Austin Crute. “He is a really funny character in the show,” Kiwi added. “He strikes up a friendship with Tabitha and they’re able to connect on issues of black identity, and he’s just kind of a breath of fresh air in the student body that we haven’t seen yet before.”

What about Sabine (Kat Cunning)? She will be back! “We’re going to see how Sabine’s talent as a musician has really impacted Elodie artistically, so that she can begin to find and tap into her own talent as a singer and songwriter. That’s something that we’re going to get to see blossom over the course of the season,” the creator said.

Brady (Brandon Butler) will also be returning in season 2 in the wake of Tabitha stealing his car, and the trio better get ready. “Brady is back. He’s got a lot of gears turning about how he’s going to mess with the minds of our trio,” Kiwi teased. “They’re just going to be kind of constantly in a cat and mouse thing with him. He’s a very complicated character with a lot of his own damage clearly, but it’s hard to pin him down and what his true intentions are.” As for Luca (Henry Zaga), he will “have a presence” in the second season.

The show recently won two Daytime Emmys for Outstanding Young Adult Program and Outstanding Writing for a Children’s or Young Adult Program. Trinkets may be ending with season 2, but the creator feels as if the series is ending in a perfect place for the characters. “I felt like we wrapped everything up. We kind of loved and embraced the idea of it being the final season. For me, in my heart, I just want to know that they’re going to be friends forever. I kind of love that we can leave this season in a way that they’re going to just live as best friends forever and ever in our minds. We don’t have to see them go to college and separate from each other.”