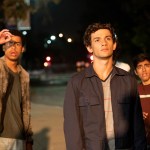 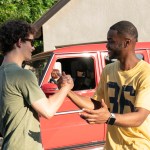 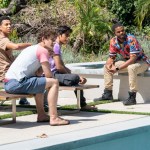 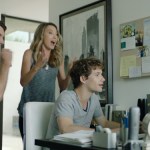 Eli Brown opened up about his new role in Netflix’s ‘The F**k It List’, his thoughts on the ‘gray area’ of social media & being cast in the ‘Gossip Girl’ re-boot in this EXCLUSIVE new interview!

Eli Brown is back on the screen in Netflix’s The F**k It List in arguably his best performance to date — and it turns out his character Brett Blackmore couldn’t be more opposite of the real-life Eli. “I think what attracted me to the project was it was so opposite my upbringing. It wasn’t one of those — sometimes you get scripts and you’re like, ‘oh this is so me and I relate to this character and I want to portray this,'” the 20-year-old said to HollywoodLife in an EXCLUSIVE new interview. “This was the opposite, it just like — so not me. I wanted to do something different,” he explained.

In the film, Eli’s character Brett is a high school senior who is the definition of over-achiever, gaining admission to seven out of eight Ivy League schools (notably, he was waitlisted at his first choice — Harvard). After a school prank takes a very wrong turn, Brett’s parents — brilliantly played by Jerry O’Connell and Natalie Zea — try to turn the situation around. “[Jerry] is so, so funny. At times, it was almost hard to get through a scene because I couldn’t contain myself,” the Eugene, Oregon native reflected, particularly referencing a hilarious moment when Jerry’s character runs into a swimming pool fully clothed. “Jerry has this way of being really consistent but making it really fresh every time, and keeping you on your toes and making you laugh. He and Natalie Zea have a great chemistry that was amazing to watch,” Eli told us.

As a result of the prank, Eli’s Brett finds himself going viral on social media — and while the character becomes somewhat of an inspirational figure to Gen Z, Eli also recognizes the “gray area” when it comes to the online world. “As with anything, too much is where it gets kind of unhealthy. I think if you can mediate your usage or really just be conscious of just how much you’re taking in and use it for those things of spreading positive information or whatever, then I’m all behind social media,” the Pretty Little Liars: The Perfectionists alum explained. “I think it’s a great too, but I think that’s where there’s that gray area where all of a sudden you’re spending way too much time on it and there’s these really negative pockets and corners of the internet that are not kind. I just see a lot of people getting completely sucked in by it all the time…that’s my biggest problem with it — sucks everyone in but it doesn’t give anything,” he said.

Beyond The F**k It List, Eli was also recently announced to be one of the lead cast members on HBO Max’s re-boot of Gossip Girl — and even shared a little teaser about who he’ll be playing! “My character comes from a very wealthy family, but he uses his wealth for good as a humanitarian and from what I’ve read so far he seems like a genuine, decent good guy. I don’t know anything else!” he shared, revealing he’s used his time in quarantine to check out episodes of the original CW series. “When I got the role — I did go back and watch part of the first season while I was up in Oregon, but now I’m back in LA and I don’t have TV or wifi so I got cut off!” he laughed.

It turns out that Eli’s 17-year-old sister was a big ran of the original Gossip Girl, and we’re already counting her as the #1 fan of the re-boot. “My sister watched it and she also watched Pretty Little Liars, which is funny. So I saw some scenes here and there in passing,” Eli said, also opening up about his experience on the PLL spinoff. “The people we were working with, the cast and crew [were the highlight],” he gushed. “Everybody was great. I still see most of them regularly. It was so fun,” he said of his experience on the drama, which shot just hours away from his hometown in Portland, Oregon.

“I would drive home every weekend and see my friends and family and have some of moms cooking and be grounded again then head back up and shoot the show,” he told us. “I would constantly go back and forth, it was great. And Portland is really cool, I loved living up there,” the now Los Angeles-based actor said.

As for his own ‘f**k it list,’ it turns out Eli is definitely feeling that quarantine travel bug. “I wanna travel more…Right now I would travel anywhere,” he revealed, also sharing that he’s learned some Italian in quarantine! Catch The F**k It List streaming now on Netflix.