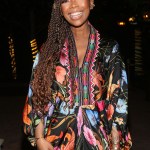 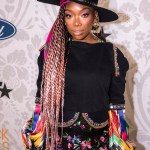 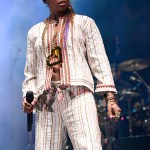 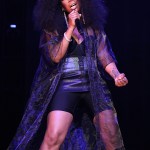 Brandy is back! The singer released her 7th studio album, ‘B7’ on July 31. — Her first time releasing new music in 8 years! Brandy collaborates with her 18-year-old daughter Sy’rai for the first time on the track ‘High Heels.’ Listen to the instant hit!

Brandy‘s highly anticipated new album B7 arrived on Friday, July 31, and it did not disappoint! The Grammy-winner, 41, features a slew of talented artists on her seventh studio, including her 18-year-old daughter Sy’rai Iman Smith. The mother-daughter duo collaborate on the sultry track “High Heels,” and it’s clear that Sy’rai has a bright future ahead of her in the music biz. — Take a listen, below!

In an interview ahead of the album’s release, Brandy gushed over what it was like to work with her immensely talented teenage daughter. “Oh my God. First of all, I’m just so proud to be her mom,” the veteran singer told Billboard. “Just beautiful to see her grow into this beautiful musician, this young artist that’s coming into her own. I just want her to be herself. I want her to follow her creative gut, her creative flow, and just try everything that she possibly can with her voice,” Brandy explained, adding that she also wants Sy’rai to “listen to her heart about her music. That’s what I tell her all the time.”

In a separate dialogue, Brandy expressed her joy over watching Sy’rai’s growth through music. “It’s unbelievable to see her grow into this beautiful flower. She’s always been attached and rooted in music, just being around it since she was a baby,” the singer said. “But to see her grow into this singer and musician. To see her be so good, to see her get into the studio, layer her voice and stack her vocals. And to be so quick and also passionate,” she admitted, noting that her daughter “really loves music, it’s just who she is. And to hear our voices blended together and for us to go back and forth,” Brandy continued, adding, “It’s inspiring to see her in her light.”

B7 — a 15-track album about love, heartbreak, growth and more — includes features from top artists, Chance the Rapper and Daniel Caeser. “I spilled so much of my heart on this album,” Brandy told fans during a listening party on YouTube on Thursday, July 30. B7 marks Brandy’s first album since 2012.