There’s a bit of sadness amid the swag in Payton Moormeier‘s voice at the start of his new song. “Rockin’ denim jackets, stuck with these bad habits,” he sings in “Habits.” In the track, Payton gets down in the nitty-gritty of his own shortcomings. He recognizes how he “can’t seem to take advice without feeling attacked,” while also owning up to his insecurities about “all the screws that don’t seem to screw in.” After the halfway point, the song seems to change perspective, as if the person Payton was singing to in the first verse got a chance to reply.

” ‘Habits hits a lot different than ‘Love Letter,’ to me,” Payton tells HollywoodLife. “Both were influenced by a girl but tell two different stories. It’s a personal song to me showing light on some sh-t I’m always too scared to talk about.”

Speaking of “Love Letter,” one could see how his prior single could be a precursor to this new one. As he said, both stories about love, but Payton told HollywoodLife that “Love Letter” was based on “something real that happened to me from a relationship, and it was my first song ever. ‘Love Letter’ is special in so many ways, and it helped me express myself as a person and an artist. That’s what I love so much about music and being able to create it.” 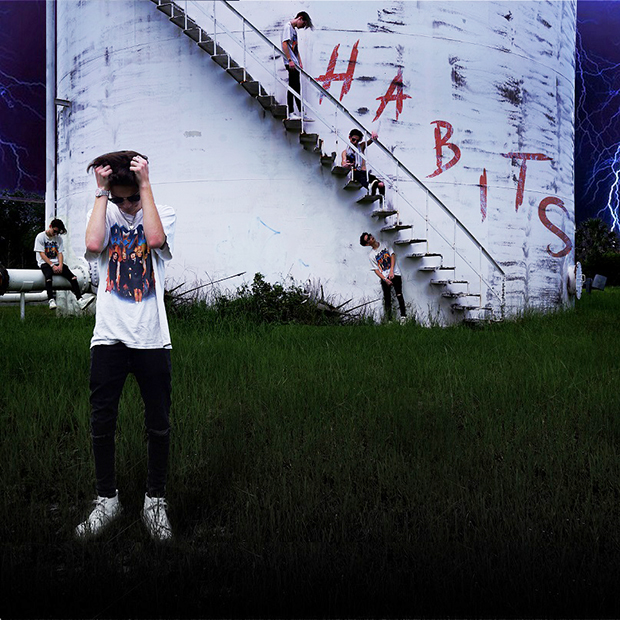 The confidence to confront his own “insecurities” might come from his years growing up on the Internet. After discovering Metallica at age 7, Payton’s mother bought him a guitar and planted the seeds for a wildly successful music career. After spending hours teaching himself how to play (by watching instructional videos on YouTube), he decided to do what any great modern music star does: post covers online.

The then-twelve-year-old Payton did just that and was a huge success. His videos drew in millions of views (he amassed over a million on his cover of Justin Bieber’s “Love Yourself” alone), but Payton would really find a home on TikTok. His 2018 TikTok of Halsey’s “Without Me” blew up, and as of this moment, he currently has over 12 million followers, with over 600 million total likes.

With such a devoted fanbase, it only made sense to become the biggest thing in music, right? “Love Letter” amassed over 1.5 million Spotify streams in a single week, and it currently has more than 4 million on that streaming platform alone. If writing songs that millions of fans listen to on loop is a bad “habit,” it’s one that Payton’s not going to break anytime soon.