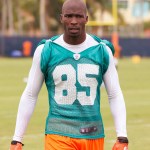 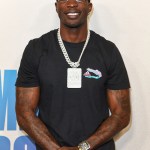 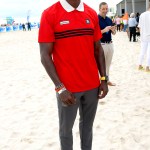 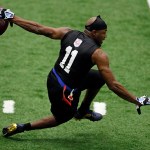 Former ‘Basketball Wives’ star Evelyn Lozada clapped back at ex-hubby Chad Johnson after she felt he was minimizing his alleged domestic violence incident.

Chad “Ochocinco” Johnson revealed in a July 15 tweet that a particular brief moment in his life cost him nearly everything. The former NFL star  didn’t directly mention his 2012 domestic battery arrest, when the then-Miami Dolphins wide receiver was taken into custody after allegedly head-butting his newlywed wife Evelyn Lozada during an argument. But the 44-year-old beauty seemed to take his comment as referring to the alleged incident and had a major clap back.

I lost my temper for once in life for 3 seconds & it cost me a lifetimes worth of work, I got it all back plus some after getting a 2nd chance & NOTHING will ever get me out of that happy space again… https://t.co/svU3F0FeYP

When a fan asked the social media loving 42-year-old athlete, “What’s the secret? How do you stay so positive? Was it therapy? Not being funny…really asking for myself,” on July 15, he responded, “I lost my temper for once in life for 3 seconds & it cost me a lifetimes worth of work, I got it all back plus some after getting a 2nd chance & NOTHING will ever get me out of that happy space again…”

Evelyn then posted two Instagram stories where she seemed to be clapping back at her ex-husband’s comment. In the first she showed a slide that read, “Domestic violence is an act that should never be justified or minimized period.” It was followed by a photo of her in the hospital from after the alleged head-butting, showing her bruised face and a large, bloody gash down her forehead. She later took to social media in a five minute video, saying his “3 second” comment was “infuriating” to her. Evelyn said that after all of these years later, his tweet was a “trigger” for her.

Evelyn Lozada breaks down after speaking on her domestic violence incident with Chad Johnson. His tweet about it being a 3 second event triggered her. pic.twitter.com/9HVJJyXMRT

“This took longer than ‘3 seconds,'” Evelyn wrote over the photo of her injured face following the Aug. 11, 2012 incident. The couple dated for two years had wed just five weeks earlier, on July 4, 2012, whic hwas filmed for the pair’s planned reality show, Ev and Ocho. The series never ended up airing, as Evelyn filed for divorce from Chad on Aug. 14, 2012, three days after his arrest.

Everything moved quickly, as the pair’s divorce was finalized barely a month later on Sept. 19, 2012, and two days later on Sept. 21, 2012, Chad pleaded no contest to a charge of misdemeanor domestic battery. He was sentenced to a year of probation. The arrest marked the end of Chad’s NFL playing days. The Dolphins released him the day after his arrest, and the conversation was actually shown on the 2012 season of HBO’s Hard Knocks. Chad never played a pro game for the Fins, as they had only just picked him up on June 11, 2012, four days after he had been released by the New England Patriots. He had spent the bulk of his NFL career — nine seasons from 2001-2010 — with the Cincinnati Bengals.