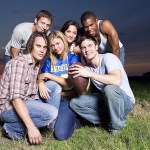 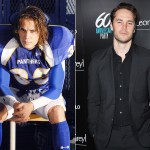 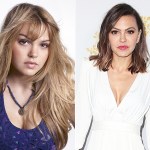 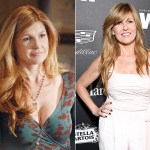 In 2006, a show about football premiered and captivated a nation. Now, nearly 14 years later, ‘Friday Night Lights’ can be seen on NBC’s new Peacock streaming service, so we’re looking back at the cast’s amazing transformations.

It’s been 10 long years since we witnessed our final Lions game and heard Coach Taylor (Kyle Chandler) give one of his inspiring speeches on the football field, and now that Friday Night Lights is launching on NBC’s new Peacock streaming service, we thought there was no time like to present to see what the cast is up to now.

Since the series ended in 2011, Kyle has taken on series regular roles in shows like Bloodline and the short-lived Catch-22, while Connie Britton, who played his character’s wife on screen, took a lead role in ABC’s Nashville. She also starred in the inaugural seasons of FX’s American Horror Story, Fox’s 9-1-1, and Bravo’s Dirty John.

And with the cast including other notable names like Taylor Kitsch, Minka Kelly, and Michael B. Jordan, we think it’s safe to say that this show about a small Texas town and its football program launched many of its stars into superstardom. So where exactly is Taylor today? Well…

After Friday Night Lights ended, Taylor Kitsch (pictured above) starred in a few other dramas like True Detective and the mini-series Waco. He also took on a terrifying role in the crime-drama film 21 Bridges, and appeared in the 2014 television film The Normal Heart.

As for Minka Kelly (pictured below), she followed up her run on Friday Night Lights with a recurring role on Parenthood, and by starring in the thriller The Roommate, as well as 16 episodes of Titans.

Meanwhile, Michael B. Jordan, who captivated viewers while playing the up-and-coming quarterback in the final season of the series, followed up his role with major movie roles in Just Mercy, Fruitvale Station and most notably Marvel’s Black Panther.

But that’s just the start. To see what other cast members have been up to, click through our gallery above. Friday Night Lights first premiered on NBC Oct. 6, 2006, and its final episode aired on Feb. 9, 2011, after 5 seasons and 76 episodes.