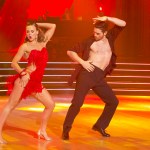 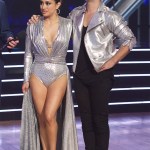 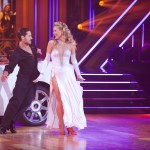 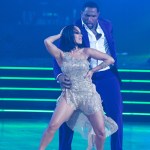 Speaking for the first time since she and Tom Bergeron were fired from ‘Dancing With The Stars,’ Erin Andrews said she will forever hold that ‘special’ time in her heart, and thanked everyone for a lifetime of memories.

“Thank you ABC and the entire Dancing with the Stars family for 6 memorable seasons,” wrote Erin Andrews on July 14, the day after she and Tom Bergeron were cut from the long-running ABC dance competition. In the statement, Erin was gracious about her departure, even thanking her co-host for making her time on the show even more memorable. “Those years wouldn’t have been as special without my loving host, Tom Bergeron, the talented dancers, and witty judges. I will always cherish my days on that set, even if I wasn’t the best at walking in heels.” Along with this Instagram message, she included two pictures of her time on the show, one of which featured her and Tom in a moment of laugher.

ABC announced late on July 13 they were going in a different direction, one that didn’t include Tom and Erin. “Tom Bergeron will forever be part of the Dancing with the Stars family,” ABC and BBC Studios said in a joint statement to HollywoodLife. “As we embark on a new creative direction, he departs the show with our sincerest thanks and gratitude for his trademark wit and charm that helped make this show a success. Erin will also not be returning, and we appreciate all that she brought to the ballroom. Fans have been rooting for her since she originally competed as a contestant back in 2010, and her signature sense of humor has become a hallmark of the show.”

Tom was actually the first one to break the news, tweeting that after “an incredible 15-year-run and the most unexpected gift of my career,” DWTS informed him that they would be “continuing without me… I’m grateful for that and for the lifelong friendships made.  That said, now what am I supposed to do with all of these glitter masks?”

For many DWTS fans, this sudden change came out of nowhere. On June 23, Tom shared a promotional photo for Season 29 of Dancing With The Stars. He joked about wondering if “spray tan equipment can be refit as body sanitizers.” Sometime in between then and July, the show’s producers decided that the program (which is slated to return in the fall of 2020) would continue without Tom’s trademark wit and Erin’s charming personality. So far, no replacements have been announced.