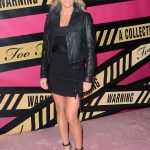 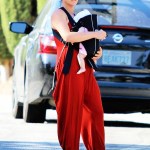 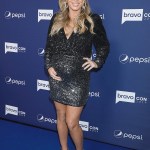 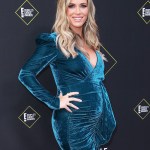 Teddi Mellencamp’s daughter will undergo skull surgery for a premature fusion of her bones. Two doctors explained the ‘extremely rare’ condition and its surgery.

Teddi Mellencamp, 39, had alarming news on July 6: her four-month-old daughter, Dove, was diagnosed with Lambdoid Craniosynostosis and is undergoing neurosurgery by the end of the month. While this diagnosis is “extremely uncommon,” the procedure is “not very complicated,” Dr. Daniel Roshan, New York City’s top high-risk, maternal-fetal OB-GYN, EXCLUSIVELY told HollywoodLife. We spoke with Dr. Roshan, in addition to Tim Vogel M.D. (a board-certified pediatric neurosurgeon at the North Jersey Brain and Spine Center), who both explained what exactly is Lambdoid Craniosynostosis, the potential dangers of this condition and what the correcting surgery entails.

Dealing with anxiety, especially when in the “public eye,” isn’t easy; and going into July it’s at an all-time high. I was torn as to whether I should share this information, but as someone who tries to be as transparent as possible, and knowing I have a platform to reach others in similar situations, I would like to update you all. Our sweet baby Dove was diagnosed with Lambdoid Craniosynostosis and has to undergo neurosurgery at the end of the month. We are so grateful to have an amazing team of doctors and surgeons who have caught this early and will be working on her. Originally, like Cruz before her, we thought Dove had Torticollis and would likely need a doc band for re-shaping. Instead a CT scan showed Lambdoid Craniosynostosis (Lambdoid craniosynostosis is a very rare type of non-syndromic craniosynostosis and occurs when one of the lambdoid sutures at the back of the head fuses before birth). The recovery is about a week in the hospital and a couple weeks at home with a very high success rate. So although we are filled with nerves as neurosurgery sounds scary, we have our faith that she will be ok. Please keep baby Dove in your prayers and if you have had a child with this same surgery, please let me know below, as I would love any additional insight and support. Sending 💕 to you all.

“Craniosynostosis is when the sutures of the baby’s skull fuse, or come together, sooner than they should,” Roshan, the OB-GYN doctor, explained to HollywoodLife. “There are several ‘plates’ or bones of our skull and when a baby is born those plates are not fused together. This allows the baby’s skull to be pushed out of the mother’s vagina during delivery. It also allows the baby’s brain to grow which happens, for the most part, until a child reaches the age of two. So by the age of two, the plates typically shift into place and the fuse together. The lines at which they fuse together are called sutures. Each suture has a different name, as well.”

When asked if this could’ve been prevented, Dr. Vogel (who works as a pediatric neurosurgeon) said “the short answer is no.” The medical expert added, “Lambdoid Craniosynostosisis is very rare and it usually happens sporadically, meaning due to the position in the womb or just some random interfaces of these bones. It’s not really a preventable thing. There is a rare portion that can be genetic. So if there is Lambdoid Craniosynostosis in the family there are certain proteins that can be expressed during development that cause these bones to stick together.” Basically, the fusion usually happens at “random” — but there’s a “genetic link” on “rare occasions.”

Regardless, surgery is necessary — and the only option. “If left untreated, the baby’s brain can’t grow properly which can cause increased pressure around the baby’s brain and lead to developmental delays, impaired cognitive development…which are caused by constriction of the growing brain,” Dr. Roshan told us. Fortunately, the surgery itself shouldn’t be a cause of concern. “A pediatric neurosurgeon would have to go in and reopen the sutures, it’s not a very complicated surgery but if it’s not done, it can cause damage to the brain if it’s not allowed to grow,” Dr. Roshan added.

As the head of the Craniofacial surgery program who has performed on multiple patients with Lambdoid Craniosynostosis, Dr. Vogel was able to dive into more details about this procedure. He clarified that this is not “brain surgery,” but rather “skull surgery.” In most cases, there are also two types of surgeries, depending on the child’s age.

“There’s a minimally invasive surgery that involves an endoscope. The endoscopic procedure is usually done before four months of age. A small incision is made in the skin, and we use an endoscope to go in and remove the bone that’s fused together,” Dr. Vogel explained of the first option. “So we remove that rigid bone that’s fused together. We take out that fused bone. And then we will use a helmet to help reshape and help the skull grow in a normal shape. And they will require a helmet until eight or nine months of age. The advantage is it’s literally an overnight procedure. You do the procedure, you don’t usually need a blood transfusion and you’re able to go home the next day. You do have to wear the helmet for several months.”

“The other surgery option is called a Total Cranial Vault Remodeling or CVR,” Dr. Vogel continued. “It requires an incision ear to ear over the top of the head. We peel down the scalp and we go in and we have to open up and kind of reconture the skull and that is usually done after six months of age. I always advocate for eight to 12 months of age, because that’s when you know when children are born, they have their mother’s blood supply. And then around six to eight months their bone marrow starts to make their own blood. So, so we usually wait until they’re at least that age until we start doing the larger surgery. And usually after the CVR the child requires transfusions because their blood volume is so small. And they’re in the hospital usually three to five days.”

In lieu of fireworks Dove decided to light us all up with a big ol smile on this 4th of July. 💕🕊 💥

A post shared by Teddi Mellencamp Arroyave (@teddimellencamp) on Jul 4, 2020 at 3:11pm PDT

The minimally invasive option takes “less than an hour,” but Total Cranial Vault Remodeling (CVR) is “much more extensive and usually takes three or four hours,” Dr. Vogel said. As expected, this means the first option has a faster healing process versus the second. “[With] the minimally invasive procedure, the incision will heal in a couple weeks or, you know even the first week, and then it’s letting the head grow in the helmet. But from the Cranial Vault remodeling aspect, it takes about three months for the bone to kind of get to where it needs to be, for the skull to fuse up to be a solid skull that’s protecting the brain as it should,” Dr. Vogel said.

Regardless, sending your child to surgery for any reason is scary for a mother. Teddi admitted that her anxiety was at an “all-time high” while revealing the news of her daughter’s upcoming neurosurgery. “The recovery is about a week in the hospital and a couple weeks at home with a very high success rate. So although we are filled with nerves as neurosurgery sounds scary, we have our faith that she will be ok,” The Real Housewives of Beverly Hills star, who shares Dove with husband Edwin Arroyave, wrote on Instagram. Teddi shares two other kids with Edwin: her daughter Slate, 7, and her son Cruz, 5.