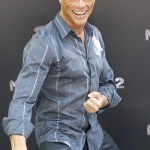 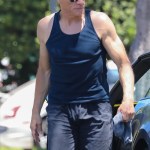 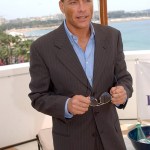 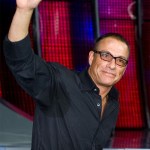 Jean-Claude Van Damme showed off his killer biceps in a tight tank top during a trip to the gym. It’s clear that he’s still pumping major iron at 59.

There’s a reason why he’s called The Muscles from Brussels. Action star Jean-Claude Van Damme is 59 years old, but he’s still in fighting form. The actor, known for his badass roles in films like Street Fighter and Kickboxer, was spotted heading into a gym in Los Angeles on July 8, and his famous guns were on display. Wearing just a tight tank top, it’s clear that Jean-Claude never took a break from pumping iron during quarantine.

JCVD is still rocking the short, red haircut that he debuted in June 2020. The actor, who rose to fame as a kickboxing master in the 1998 action flick Bloodsport, also went shirtless during that jaunt to a gym in Malibu, California. It’s not just his biceps that are still ripped; his abs rival what they looked like 30+ years ago. But can he still pull off those killer Kickboxer dance moves and drop into the splits like it’s nothing?

JCVD often shows off his workouts on Instagram, and they’re just as intense as you’d expect. He’s extremely lighthearted, though. During one workout, he rocked a tee decorated with a Kickboxer meme. He captioned the pic, “During these tough times, don’t forget …never stop dancing!”

His last credited role is Jean Clawed (get it?) in the upcoming Minions: The Rise of Gru, according to IMDb. He’s had plenty of action roles in the past few years, though, including the series Jean-Claude Van Johnson. He confessed to Daily Mail Australia in early 2020 that he wants to make another “final and epic martial arts film” before officially retiring from the biz. “I would like to make one more, one final, big martial arts, epic film. It’s going to be a great film,” he teased. “I want to shoot a piece of it in Australia.”