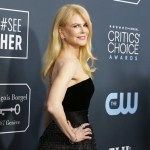 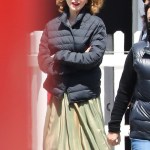 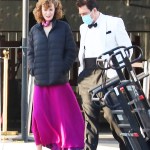 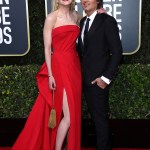 Nicole Kidman took to Instagram to celebrate her daughter Sunday’s 12th birthday by posting a sweet, cuddly snapshot of her and her ‘baby girl’ sharing a tender moment.

Nicole Kidman, 53, gushed over her daughter Sunday Rose in an Instagram post on July 7, the pre-teen’s 12th birthday, and it included the cutest message! In the post, the loving mom shared a pic of her hugging the birthday girl and even though only the back of Sunday’s head can be seen, it’s such a heartwarming snapshot. “Birthday hugs for our darling Sunday 🥰🎂 Happy Birthday baby girl xx,” she wrote in the caption for the pic.

Fans commented on the special post with words of support and admiration for the Australian beauty as well as birthday wishes for Sunday. “Happy birthday Sunday; you sure are lucky with the coolest parents; Keith and Nicole,” one fan wrote, referring to Nicole’s husband Keith Urban, 52. “beautiful,” another wrote while adding several red heart emojis. “You guys are awesome,” a third complimented.

Nicole’s birthday pic for Sunday is one of rare times she’s shared pics of her kids. Her social media page is mostly full of gorgeous photos of herself and other family and friends during memorable projects she’s done and special personal moments she’s had. From movie premieres to romantic date nights with Keith, she loves giving her followers sneak peeks of her incredible life.

Before Nicole shared her new pic with Sunday, she was spotted hanging out with the youngster as well as her youngest daughter Faith, 9, on the set of HBO miniseries The Undoing in New York City in Mar. 2019. The girls appeared as extras in the show and looked as happy as could be hanging out with their mom during a day of filming. They also played extras in Nicole’s show Big Little Lies the year before, so they definitely seem to have the acting bug!

It’s always a treat to see Nicole showing off her motherly side whenever she shares it! We look forward to seeing more in the future, but until then, we’ll enjoy her latest pic and are wishing Sunday a very Happy Birthday!