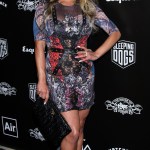 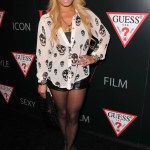 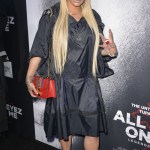 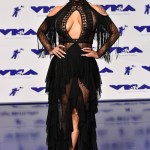 Hazel-E, 40, and De’Von, 25, may have a 15-year age gap between them, but these love birds aren’t focused on anybody else’s opinions when it comes to their relationship. The happy couple, who just announced the arrival of their newborn baby girl, Ava Dior on June 16, sat down EXCLUSIVELY with HollywoodLife and dished on how they deal with the criticism when it comes to their age difference.

The new parents are starring on an all-new season of WE tv’s Marriage Boot Camp: Hip Hop Edition and revealed that their families had some concerns over their age gap. The former Love & Hip Hop: Hollywood star said that De’Von’s mom, Kimberly initially may have had “a little bit” of an issue with their relationship. But De’Von explained, “At the end of the day, I couldn’t care less what a parent, what a brother or sister has to say. It’s my relationship and if you don’t like it, you can get out.”

I must be fucccinnnn dreaming!!!!!!!!!!! OMG baby! Yes yes yes @devonwallerofficial ❤️❤️❤️❤️❤️❤️❤️❤️❤️❤️❤️❤️❤️ @jimmyxboi I know you #thestreetsjewler but damn big hommie you out did yourself!!! 10🥕🥕🥕🥕🥕🥕🥕🥕🥕🥕on my finger! WTF #DoneRizzle #ShoutOutJimmyfortheDrip #Houston I’m forever grateful for you helping me center myself and focus on my heart & helping me embrace real, true love, without 0 intentions. I’m finna pass out…this can’t be life 😍 Future Hubby – #ItJustUs ❤️🔒👰🏽🤵🏽 10.6.19 – I’m finna be a whole wife‼️ #GodIsGood all the time. 🙏🏽

Hazel-E continued, “He doesn’t care, he defends me as his woman. At the end of the day, his whole family respects us now. They see the love that we have for each other is real and if you don’t like it, then don’t watch it. That simple. You don’t have to follow, you don’t have to like, you don’t have to visit.” De’Von said, “My life is still going to be great with or without you.”

Hazel-E added, “We just put each other first. You know, even my family, too. They’re like, ‘Oh God, here she goes with another one of her little boy toys.’ And I’m like, ‘He manned up, he put a ring on my finger. We’ve gone to whole new levels and I’ve never been in this place in a relationship in my life and it’s the happiest I’ve ever been. I’m super blessed, we have a beautiful baby, I have a nice fat ring, we can’t wait to get my snap back body together so we can have our dream wedding and that’s that.”

Hazel-E took to Instagram in Oct. 2019 and shared the exciting news that De’Von had proposed. The reality star posted a short clip to her social media showing off her new bling. “I must be f***nnnn dreaming!!!!!!!!!!! OMG baby! Yes yes yes @devonwallerofficial,” she captioned the video while adding several heart emojis.

She also gushed over De’Von in a precious snapshot she shared of the new daddy holding his tiny infant in celebration of his first Father’s Day on June 21. She wrote alongside the heartwarming image, “You gave me the best gift ever @devonwallerofficial by making me a mother and showing me what a real father looks like to our daughter. Happy 1st Father’s Day my love. Your killing it baby.”