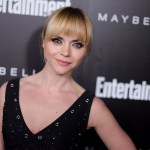 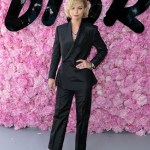 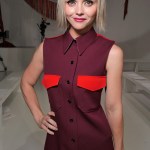 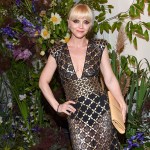 Just one day after filing for divorce from producer husband James Heerdegen, actress Christina Ricci made a stop at urgent care without her wedding ring.

Christina Ricci was spotted without her wedding ring while making a stop at urgent care on July 3. It comes one day after the actress filed for divorce from producer husband James Heerdegen citing irreconcilable differences. She was snapped wearing a black ensemble including a black tee, dark wash jeans and a black protective face mask. She also accessorized with a white cross-body handbag and dark cat eye sunglasses.

The 40-year-old actress, who wed her film producer beau in an intimate ceremony back in 2013, filed documents at the L.A. County Superior Court on July 2. The Casper star met James in 2011 when they were both working on the set of short-lived drama series Pan Am. They began dating the following year, and tied the knot on October 26, 2013.

She is also asking for sole legal and physical custody of the couple’s five-year-old son, Freddie, according to a report in TMZ. The report also alleged the couple do not have a prenuptial agreement, and that Christina is the family’s main breadwinner. HollywoodLife has reached out to reps for both Christina and James.

Christina first announced that she had gotten engaged in February 2012, in an interview in July of that year. “Getting to say ‘fiancé’ instead of ‘boyfriend’ is my favorite thing,” she said at the time. “I can’t wait for ‘husband.’” Flash forward one year and the pair tied the knot in front of a small group of family and friends. Their intimate wedding ceremony was held at the Harold Pratt House on the Upper East Side in Manhattan. The Emmy Award winner wore an intricate Givenchy Haute Couture gown that was custom-made, just for her, by the brand’s creative director, Riccardo Tisci! She absolutely stunned in the dress, which featured sheer, lace sleeves. She showed a hint of skin through cutout detailing at the shoulders, which only added to the ethereal look of the gorgeous creation.