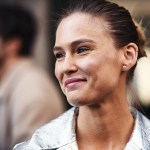 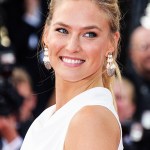 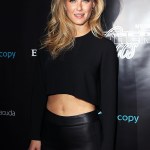 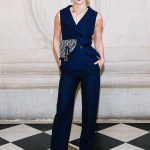 Model Bar Refaeli has the most remarkable post-pregnancy body snap backs around. She just had her third child in under four years time, and already looks so slim with a flat tummy.

There’s something about supermodels where after having a baby, their body just goes right back to how it looked before ever getting pregnant. 2009 Sports Illustrated swimsuit edition cover girl Bar Refaeli welcomed her third child, son David, in mid-January 2020 and already she has her bikini body back and looking better than ever. The 35-year-old Israeli stunner showed off two Instagram photos on July 1, and her famed figure looks so slim and trim in a blue string two-piece.

Bar looked so beautiful, going completely makeup free in the photos. Her big blue eyes totally matched her swimsuit. It featured string ties on the hips, with a triangle style top. She was reclining on a blue air mattress in a pool, looking totally relaxed. At the angle Bar was at, any little bit of extra stomach skin would have been scrunched together, but her tummy was tight as drum and completely flat.

“Same position. Different day,” Bar wrote in the caption. She’s not kidding, as the The X Factor Israel host shared bikini photos atop an air mattress in her pool on June 13 and June 18 as well. On the 13th she donned a brown bikini with tiny bottoms and a bandeau top. She captioned the photo, “Mom of 3 got 3 minutes alone.” Hopefully she got a little more me-time today.

Bar was Leonardo DiCaprio‘s steady lady from 2005-2009, eventually rekindling things a few more times before breaking up for good in 2011. She finally found Mr. Right with Israeli businessman Adi Ezra. The pair married on Sept. 24, 2015 and went to work right away on starting a family.

Bar and Adi welcomed their first child, daughter Liv in August 2016 and her younger sister Elle just over a year later in October 2017. The couple had their first son with David’s Jan. 2020 arrival. And after each birth, Bar has snapped back to her pre-baby body in no time flat. Now she has three children age three and under, so hopefully she really appreciates her alone time in the swimming pool.