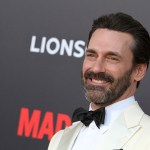 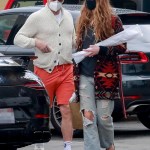 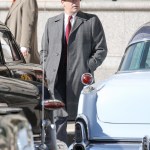 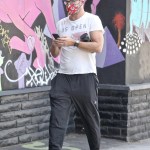 Five years after Anna Osceola appeared on the finale of ‘Mad Men,’ she’s dating one of the show’s biggest stars, Jon Hamm, in real life, according to a new report!

Jon Hamm reportedly has a new woman in his life! The 49-year-old actor is dating Anna Osceola, 32, according to Us Weekly. The mag’s confirmation of this hot new romance comes after the stars were photographed playing tennis together in May. Anna was a guest star on the season finale of Mad Men in 2015, so she briefly shared the screen with Jon on the hit AMC show.

In the Mad Men finale, Anna played the receptionist at a retreat that Jon’s character, Don Draper, visited. In real life, Jon and Anna have actually been spotted together several times amidst the coronavirus. A few eagle-eyed fans have even been speculating that there was something going on between them since March! Actually, this connection could potentially even date back to 2017, when Jon and Anna were spotted at a coffee shop together, according to Extra.

At the end of 2019, though, Jon was linked to another woman — Lindsay Shookus, who previously dated Ben Affleck. The pair was spotted attending a Broadway show together in September, and Jon joined Lindsay for a Saturday Night Live after party two months after that. Whatever was going on between them appears to have fizzled out, though, as Jon seems to be pretty inseparable from Anna these days.

Jon was previously in a longterm relationship with Jennifer Westfeldt. They dated from 1997 until 2015, although they famously never tied the knot. The exes announced their split with a joint statement in September 2015. “With great sadness, we have decided to separate after 18 years of love and shared history,” the statement said. “We will continue to be supportive of each other in every way possible moving forward.”

Anna, who hails from Massachusetts, has also made appearances on shows like Law & Order True Crime, Law & Order: Special Victims Unit, and NCIS. She had a recurring role on the ABC Family show, Greek, in 2008-2009, as well. HollywoodLife has reached out to Jon’s rep for comment about the status of his relationship with Anna.