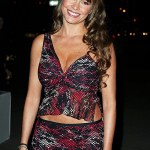 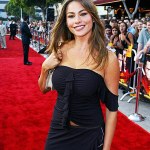 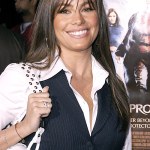 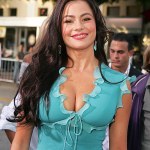 Sofia Vergara backed up into the audience and fell into the crowd on ‘America’s Got Talent’ after contestant Chef Boy Bonez terrified her with an eye trick during his performance on the June 23 episode.

Sofia Vergara, 47, lost her balance when she became so frightened over America’s Got Talent contestant Chef Boy Bonez pulling off an impressive yet disturbing eye trick during his musical audition on June 23! The new judge got up out of her chair on the judges’ panel and backed up while in front of the audience after the rapper unexpectedly showed off his rare gift of eye-popping when walking by her. She quickly tripped and fell onto some audience members and stayed sitting on the lap of some until the wild performance was over.

“I’ve never seen anything more horrible!” Sofia hilariously told the Chef Boy Bonez after she returned to her seat. “Horrible?!” he replied before popping his eyes at her again. “You’re gonna hurt yourself!” Sofia continued telling him. “How was I the only one that gave him an X?” she went on to ask referring to the fact that she’s the only judge who attempted to eliminate his act from the competition.

After judges Simon Cowell and Howie Mandel each gave Chef Boy Bonez a “yes” to going through to the next round, they then asked Sofia to give him the third “yes” that was needed to ultimately give him a future on the show but she refused and held her ground. “No!” she kept saying, making most people around her and the audience roar with laughter. It was Eric Stonestreet, who was filling in for sick judge Heidi Klum, who ended up giving Chef Boy Bonez his third “yes.”

Sofia’s latest reaction on America’s Got Talent is not the only one that’s made headlines since she began hew new gig as a judge this season. She also made an impression on the June 16th episode when she teared up during the  touching performance of contestant Nolan Neal, who opened up about his past struggles with addiction. “It was really touching for me, your song. I know very well the sickness of addiction,” she told him before admitting that a lot of people in her family suffer from addiction  and he gives her “a lot of hope.”

We look forward to seeing more memorable moments with Sofia as she continues her time on America’s Got Talent! We can only imagine what other shocking and heartfelt times are to come.