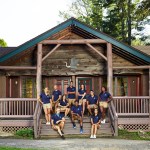 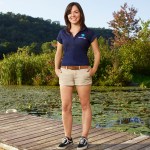 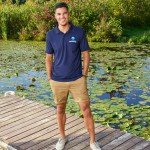 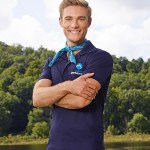 Randall sits down to talk to Sophia about what’s going on with Adam in this EXCLUSIVE preview of the ‘Camp Getaway’ finale. Sophia cries talking about the demise of her relationship with Adam.

The drama on Camp Getaway has reached an all-time high, and everyone is about at their breaking point. Randall pulls Sophia aside to talk about what went down with Adam after the Gavin drama in this EXCLUSIVE preview of the Camp Getaway finale, which will air June 22. Randall reveals to Sophia that she had an “interesting” conversation with Adam.

Adam admits during his talk with Randall that he was crying over the situation with Sophia. Randall stresses to Sophia that Adam really “likes” her. Both Sophia and Adam have their own feelings about the situation, and they don’t see eye-to-eye about everything.

“You know, I really liked him,” Sophia tells Randall as she tears up. “I haven’t connected with anyone like that, so to have him blow up and scream at Gavin, it’s just not what I want in a relationship. It sucks. He’s been my support system all summer. I lost my friend, too.”

Randall thinks that Sophia should talk to Adam. That’s when the tears really start to fall. “I really thought that I would leave camp with a boyfriend and someone I could introduce to all my family and friends,” Sophia cries. Things may have not worked out perfectly for Sophia at camp, but it’s hopefully for the best.

Randall tries to comfort Sophia, but Sophia just needs a little bit of space. She just has to let her emotions out. Cry out those tears, girl. Sophia just can’t talk about the Adam drama anymore.

Randall manages to take Sophia’s mind off what’s going on with Adam. She talks about how this drama is just what happens at camp, which makes Sophia laugh. “It exaggerates everything times a thousand,” Randall jokes. Honestly, Randall is not wrong about that. The Camp Getaway finale will air June 22 at 10 p.m. on Bravo.