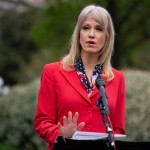 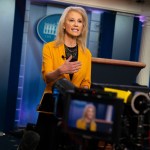 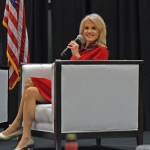 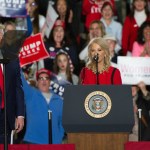 The Internet can’t stop buzzing about Kellyanne Conway’s heavily made-up face during an interview on June 15, and some are even speculating that she might’ve had some work done!

Kellyanne Conway appeared on FoxNews on June 15 to discuss the upcoming GOP legislation on police reform. However, it wasn’t what she had to say that caught viewers’ attention. Instead, people could not stop talking about how different Kellyanne’s face looked during the Q&A.

The 53-year-old, who works as a counselor to the president in Donald Trump’s administration, was noticeably wearing more makeup than usual. Her face appeared smoother, with her eyes done up and gloss on her lips. Her hair also appeared to be styled neater than usual.

Ever since Kellyanne’s appearance, Twitter has been full of people talking about how she drastically changed up her beauty regimen. Some people even speculated that she could’ve had plastic surgery on her face! “Honestly, shout out to the doc that did Kellyanne Conway’s Botox and/or filler,” someone tweeted. “They did the Lord’s work and the did it well!”

Many people also pointed out that it isn’t appropriate to be commenting on Kellyanne’s looks. Even some people who admittedly don’t agree with a lot of Kellyanne’s views agreed that it was “misogynistic” to speculate about her changing face. Meanwhile, others questioned whether Kellyanne was hoping to become a permanent fixture as a host or correspondent on FoxNews with her “new” face.

“Is Kellyanne auditioning for her next gig at Fox News?” someone asked on Twitter, along with a photo of Kellyanne from her latest interview. Another person used Kellyanne’s infamous “alternative facts” line to joke, “Kellyanne Conway went from Alternative Facts to Alternative Face.”

Kellyanne has not addressed the speculation about her face directly. However, she did confirm to the New York Post that she has been “at the White House consistently throughout the [coronavirus] pandemic and task force activities.”