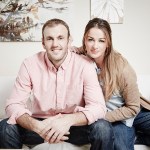 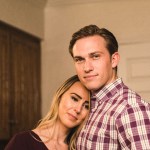 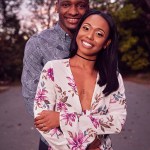 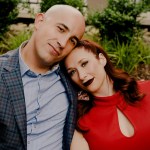 Danielle and Bobby got themselves into a ‘situation,’ and Danielle realizes that she might be pregnant in this EXCLUSIVE preview of the all-new episode of ‘Married At First Sight: Couples’ Cam.’

Danielle Bergman and Bobby Dodd open up about how they had sex on ovulation day, which could mean that Danielle is pregnant. “So Bobby and I got ourselves in a situation,” Danielle says in our EXCLUSIVE preview of the June 17 episode. “We had a couple drinks the other night and had a good time.”

Bobby notes that they had sex on what he calls a “D-day.” Earlier in the day, Danielle discussed the options with Bobby as she realized they’re in a fertile window. “If we are going to decide that this month is the month, then we’ve got to get in the bedroom,” she said. “If it happens, it happens. If it doesn’t, it doesn’t.”

The couple went through with having sex on ovulation day, so now it’s just a waiting game. “So obviously that could mean that maybe I’m pregnant,” Danielle continues. “We’re at that place where Aunt Flo is supposed to come visit, and she’s not on time. So we’re going to, first thing in the morning, wake up and just take a pregnancy test to see where we’re at.”

Bobby thinks the pregnancy test will be negative. “You don’t think you have good swimmers?” Danielle asks Bobby in the final moments of our clip.

Danielle and Bobby already have one child together, a daughter named Olivia Nicole, who was born in Feb. 2019. The couple tied the knot in season 7 of Married at First Sight.

Married At First Sight: Couples’ Cam is a self-shot series that follows the highs, lows, humor, drama, and domestic life of nine fan-favorite Married at First Sight couples from 10 seasons on the air. The other couples featured in the season include Doug and Jamie, Ashley and Anthony, Shawniece and Jephte, Steph and AJ, Kristine and Keith, Beth and Jamie, and Greg and Deonna. Married At First Sight: Couples’ Cam airs Wednesdays at 8 p.m. on Lifetime.