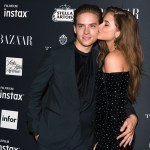 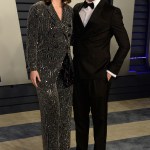 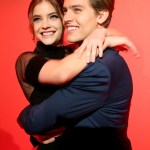 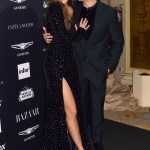 Dylan Sprouse was ‘a few days late,’ but nevertheless celebrated his two-year anniversary with Barbara Palvin! The actor shared a sweet photo of the two at Olmstead Point, where Dylan observed how much they looked alike!

Dylan Sprouse, 27, and Barbara Palvin, 26, celebrated their two-year anniversary away from prying cameras and right in the middle of nature! The couple had an absolute blast in secluded Yosemite, where Dylan snapped the sweetest pic of the pair beaming at the camera as they shared another day in the gorgeous mountains. But even more touching that the photo were the endearing words that Dylan wrote to caption it.

“A few days late now due to having no service in Yosemite but happy two year anniversary,” the former Disney Channel star began the caption to his post, featuring the beaming couple cozied up together with a gorgeous backdrop of mountains at Olmstead Point. “Here’s to us looking more alike with each passing year until we’re a single beast with four arms and four legs that runs at a top speed of 50 mph and screams like a baboon at nearby travelers trespassing into our woods,” Dylan added. Finally, Dylan closed out his caption by simply writing, “I love you.”

Dylan and Barbara have been going strong since 2018, and their romance has been full of sweet and super supportive moments. After Barbara made her debut as a new Victoria Secret angel in March 2019, Dylan had the sweetest response. “The missus has a big announcement, officially a VS angel! Proud of all the work you’ve done leading up to this and here’s to more years of success and a little less Ben and Jerry’s ice cream.” Dylan shared to his Instagram stories, adding, “very proud of you miss, hard work pays off.”

And Barbara had seriously been working hard. Prior to the announcement, Barbara walked in the Victoria Secret Fashion Show, where Dylan was there to offer his support, plus a little extra. The actor and New York University graduate actually brought along a bag of Shake Shack for his beloved to chow down on after the show! If Dylan hadn’t shown it before, the aforementioned gesture clearly proved that he was a keeper!

Between being so supportive on social media and in real life, to keeping the intimacies of their romance close to their heart, Barbara and Dylan are clearly building a love meant to last. The pair looked absolutely so happy in their anniversary photo, and fans cannot wait to see more from them for years to come!