A new photo of Dylan Sprouse and Barbara Palvin has sent the Internet in a frenzy! The pair posed together at a screening of Puzzle in New York City on July 24, and the resemblance between them is pretty uncanny. In the pic, both Dylan and Barbara are flaunting long, wavy hair, and the arches of their eyebrows are basically identical. “Are they dating?” one fan asked. “Looks more like siblings to me…….I need a DNA test.” Another added, “I’m glad everyone else thinks they look like twins cuz I couldn’t believe my eyes.”

Dylan and Barbara have yet to actually confirm their romance, but on the night of the screening, she shared a selfie of the two of them on her Instagram story with a heart emoji. Plus, earlier this month, they went to the World Cup together in Russia! This is Dylan’s first serious relationship since ending things with Dayna Frazer in 2017. Meanwhile, Barbara’s name might sound familiar because she’s previously been linked to two other heartthrobs, Justin Bieber and Niall Horan.

Barbara and Justin were first rumored to be dating at the end of 2012, after meeting at the Victoria’s Secret Fashion Show. At the time, he was still dating Selena Gomez, and fans accused Barbara of breaking the on-off couple up when they split a few weeks later. However, Barbara has denied that the two were ever romantically involved, even though they were also spotted at a Broadway play together after their initial meeting. 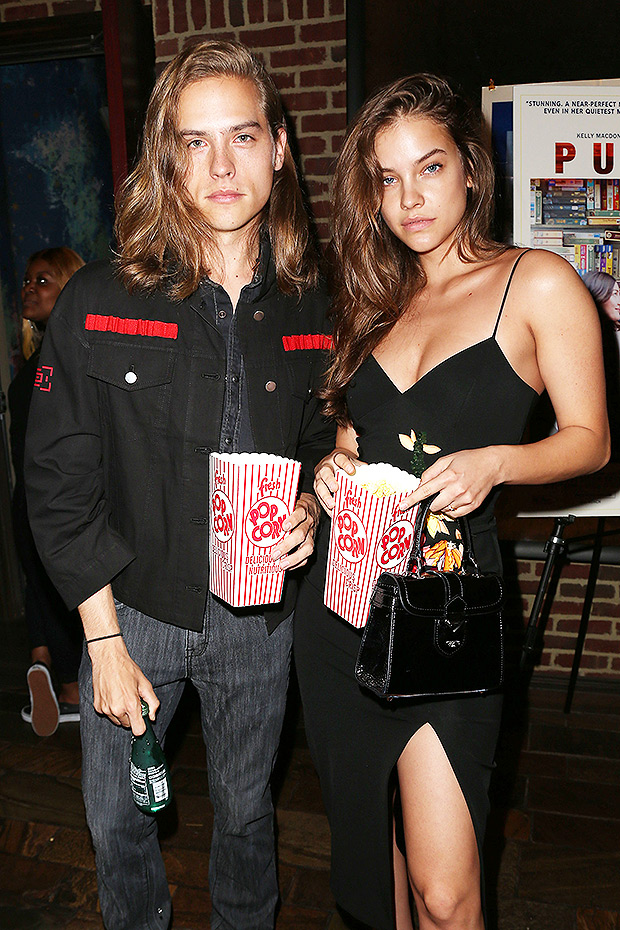 Meanwhile, Dylan’s brother, Cole, is also in a high-profile romance of his own — he’s been linked to Riverdale co-star, Lili Reinhart, for months, and they made it official by attending the Met Gala together in May. SO CUTE!